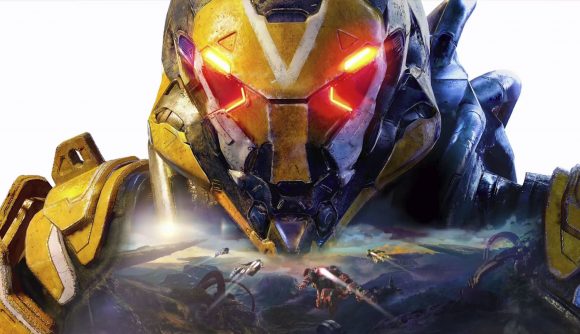 Anthem launches in little over a month, and that means it’s time for the traditional reveal of system requirements. No, this doesn’t involve cutting a cake to find Nvidia green or ATI red inside – it just means scrolling down to see exactly what hardware it’ll take to run BioWare’s big experiment in connected gaming.

If you caught the system requirements provided alongside the Anthem closed alpha, the minimum reqs here won’t offer much surprise – still a reasonable set of requirements across CPU and GPU. What’s truly new are the recommended specs, though those are pretty similar to the Battlefield 5 system requirements, which is another EA-published title running on the Frostbite engine.

These requirements don’t specify performance targets on either end, though recent trends suggest recommended would be suited for 1080p with high settings at 60fps while minimum would be better suited to some lower settings at that performance target. At least, that’s what I’d expect – but we won’t know for sure until we get the game in the office for some proper testing.

Oh, and yes – you’re still required to be online to play. Check out the Anthem system requirements in more detail at our sister site, the System Requirements Lab.

The Anthem release date is scheduled for February 22, and you can follow that link for much more detail on what to expect from the game as we head toward launch.