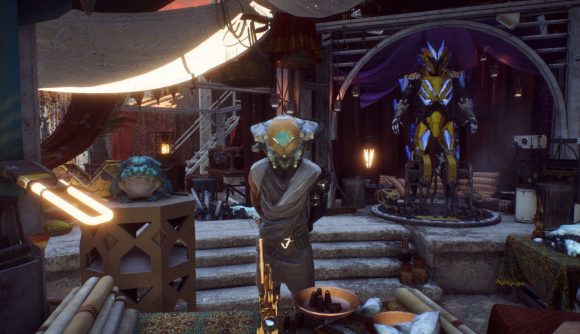 It’s fair to say BioWare’s Anthem has had more than its fair share of problems – including publisher EA outright admitting that the game “wasn’t working” – and the Cataclysm event didn’t do much to change its fortunes. Nevertheless, players who stuck with Anthem during the Echoes of Reality season were rewarded with lots of new loot to pick up – most of which you had to pay for with a special event-only currency called Crystals.

Now it seems that, if you haven’t spent that Cataclysm currency yet, as of today it’s gone forever. As we write this, Anthem is down for scheduled maintenance – and when it goes back up, your Crystals will have been wiped from the game forever.

The worst part about this is that players feel that they were not properly informed about the wipe. While news of the maintenance was tweeted on the official Anthem Twitter account, the fact that the Cataclysm currency – which players could still earn immediately prior to maintenance – would be deleted was only communicated in a single reply tweet.

The tweet in question is from Jesse Anderson, ‘core community’ global lead at EA – who casually mentions that players may want to spend their Cataclysm Crystals before the maintenance. There was no other official announcement from EA or BioWare that players would have to spend the currency before October 16 or risk losing it.

Also, you'll probably want to spend any crystals you've got leftover from the Cataclysm before maintenance….. https://t.co/ib2iRZB1Rd

Players are venting their frustration on Reddit about the lack of communication regarding this currency wipe. Many feel that there should have been some mention of this inside Anthem itself – which has a news page that pops up every time players enter the game – for anyone who doesn’t pay close attention to social media.

While it was mentioned in a Community Cortex post on the EA forums a month ago that “Crystals will not carry over to the next Seasonal Event,” no date for this next event has yet been given – and the tweet from Jesse Anderson seems to have been the only warning that the currency would go away today.