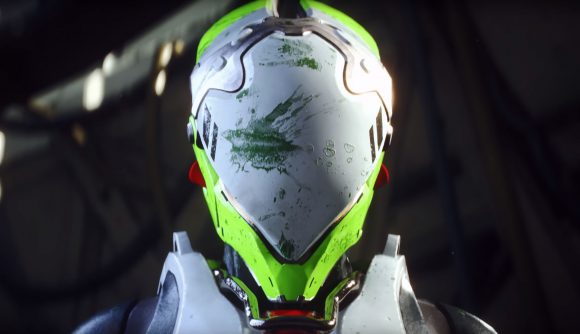 About a week after it was announced that most of Anthem’s upcoming features are delayed indefinitely, EA’s bid for the loot shooter genre continues to struggle. Its Twitch audience – an increasingly important figure for modern games, especially ones with an ongoing, live component – has fallen to double digits.

Players on the subreddit are charting the decline, with u/PathOfEnergySheild [sic] posting its collapse to 96 viewers yesterday. Seeing this, we went to check the stats, and saw the number was down to 52, but (update) failed to notice this was while servers were down for maintenance. Checking in again, servers are back up, with viewer numbers between 179 and 208 while this update was being written. We apologise for the oversight in the earlier version of this article.

The numbers still aren’t great, though. The Twitch decline appears to synchronise with a collapse in player population, though it’s hard to be certain about this. An unofficial survey on the subreddit showed that more than half of respondents have already quit, while Forbes suggests that the playerbase is so small that it’s starting to affect matchmaking. This problem is exacerbated by the fact that one activity – Heart of Rage speedruns on Grand Master I difficulty – is far more rewarding than any other, further draining the pool in other game modes.

The subreddit largely agrees, and it’s easy to find threads complaining about similar problems throughout the last month.

We take no pleasure in saying so, but Anthem is in serious trouble if its issues have become so bad as to affect matchmaking. That said, we doubt EA is considering pulling the plug yet – Anthem is BioWare’s second-best selling launch (after Mass Effect 3), having made over $100 million in digital revenue alone. Last month, developer BioWare promised “Anthem is here to stay”, and we’re guessing that EA will give the studio a fair shake at fixing it after sales like that. Surely they indicate a large potential audience, at least?