We all do it. Plummet down YouTube holes watching commentary-free longplays and looping intro-screen music vids of the games we grew up on, basking in the nostalgia that subsequently floods our senses. For us, it tends to be Amiga titles, or 16-bit console efforts. Ah, those were the days.

The lovely folk over at Antstream Arcade seem to be in accord with us on this, but have taken things a step further. Why watch when you can play, right? The subscription service (available in no-obligation monthly or annual flavours) gives you access to thousands of retro arcade, console, and computer games, many of which you’ll remember – and some of which you probably won’t.

And you can try it right now, for free. All you have to do is sign up here (or click the image below), and activate your week-long free trial. If you find that you love Antstream Arcade, you can save 60% off a subscription by using the code: NN-60Y-ARCADE.

Below, you’ll find the final standings in our recent Metal Slug X Camel Chaos challenge, along with a list of some of our favourite games on Antstream Arcade. 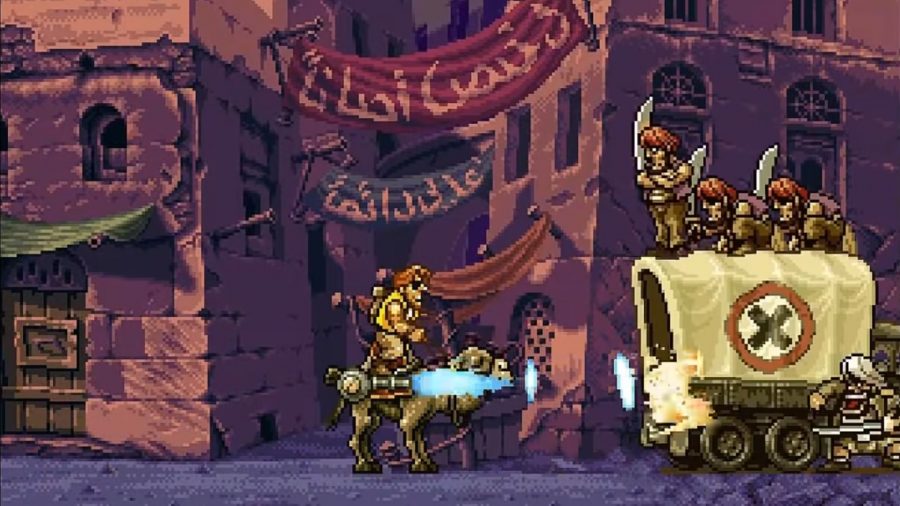 The tournament is now over, and the final standings are below. Congratulations to the top ten players! You can still sign up for a free trial on Antstream Arcade and tackle all manner of other challenges by clicking the image above.

How does Antstream Arcade work?

Once you’ve subscribed, you download the launcher and then – after setting up your password – get immediate access to a vast library of games. You can play them on PC, Mac, or Android mobile devices. Once in, the library’s presented in an accessible, decidedly Netflix-y way: games are grouped into categories such as ‘recently played’, ‘new additions’, specific genres, ‘trending’, etc. You’ll get daily gems for signing in (which we’ll come to in the next section), a favourites list to keep track of your collection, and you can save your progress if you need to duck out. Oh, and there are achievements, too!

Sign up for a week's free trial here: http://PCGamesN.2.vu/PCGNANTSV1 (PCGamesN readers get 60% off their subscription with this code, too: NN-60Y-ARCADE)

Games which feature challenges are badged so that you can easily pick them out of your library – there’s currently a good selection, and the team will keep adding more over time. The challenges themselves come in five difficulty tiers and tend to focus on a particular aspect of each game. You might, for example, only have one life to stuff your face with as much food as possible in Bubble Bobble, or set a high score in Space Invaders. Super Cars II variously tasks you with setting your best race time or completing as many laps as you can without touching any other cars. And Speedball 2: Brutal Deluxe, appropriately, wants you to rack up hospitalised opponents before the final whistle.

You’ll get medals for your efforts, as well as XP and those aforementioned gems, which you can use to unlock new and harder challenges, as well as to throw down against your friends once you’ve nailed a respectable score.

We’re still working our way through the dizzying selection of games on Antstream Arcade, but we’ve already encountered a few standouts along the way. Here, in no particular order, are some recommendations for where you might want to dive in. 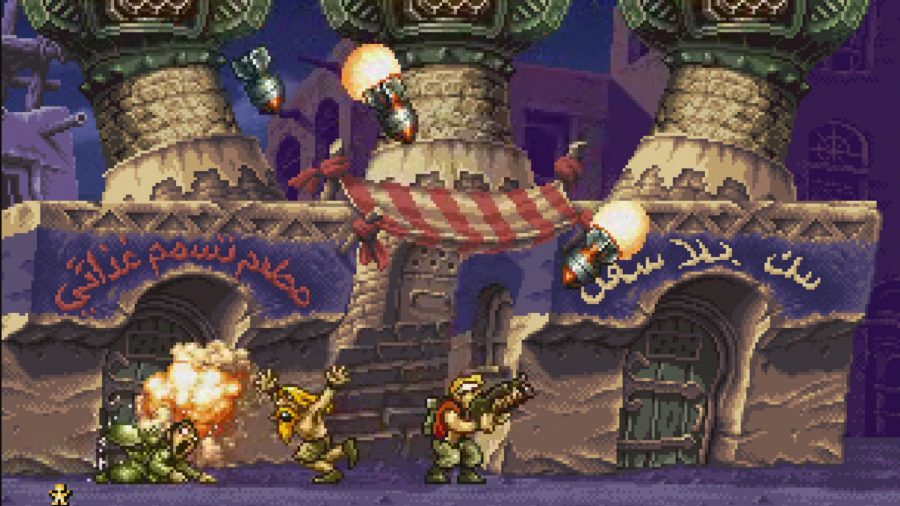 The luxurious animations and detailed sprite work in SNK’s ‘90s MVS arcade games (and Neo Geo home ports) never fail to impress, and Metal Slug X is one of the Japanese studio’s best-looking games. It’s basically Metal Slug 2 with a number of gameplay and aesthetic tweaks, and without that game’s notorious slowdown. Even that could perhaps be forgiven, however, given how much is going on in any single frame. A stonking side-scrolling shooter that demands to be played over and over. 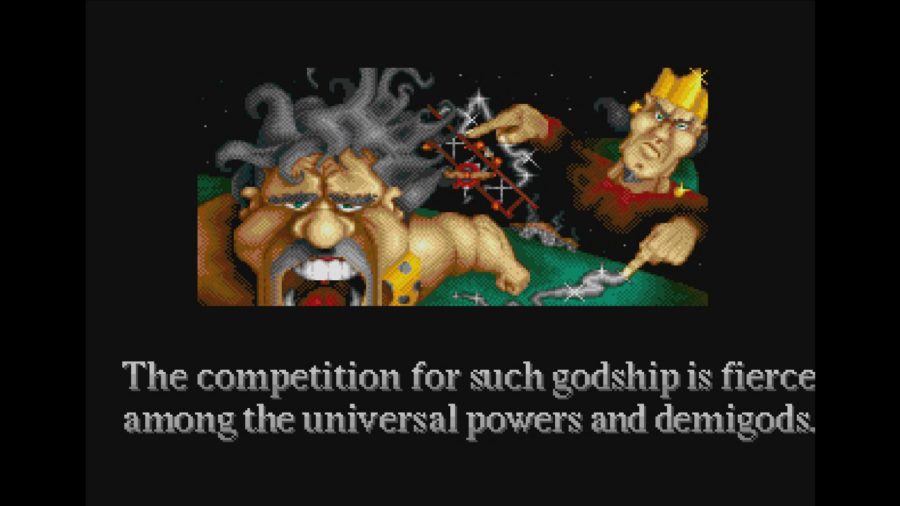 Sensible Software’s early real-time strategy game came out in 1991, a year or so even before Dune II. It’s relatively simple stuff (at least, it is once you get your head around the slightly awkward UI), but thoroughly satisfying. It’s the reason we have technology trees in the genre, and lets you live out your world domination fantasies over ten epochs from 9500 BC to the now not-quite-so-futuristic-sounding 2001 AD. 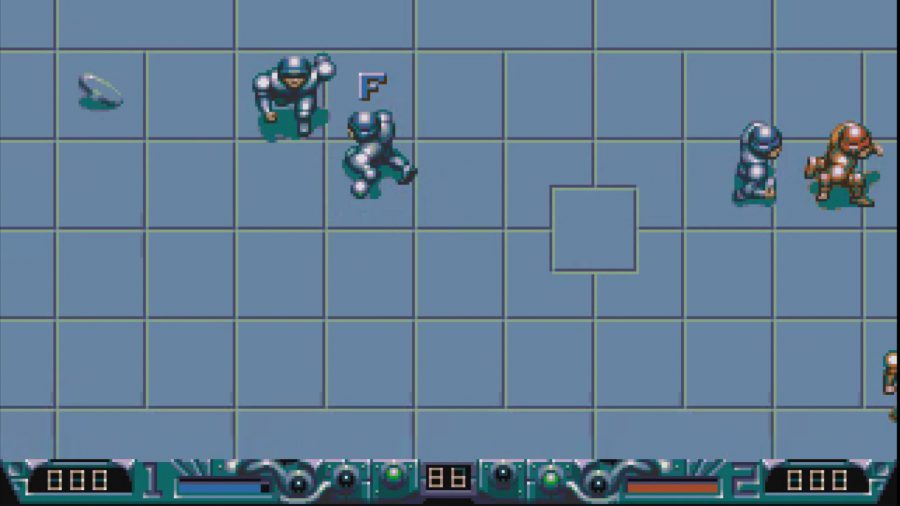 “Ice cream! Ice cream!” It’s thanks to Bitmap Brothers that we’ll now forever associate the announcement of frozen confection with the sting of high-impact injury. The studio’s futuristic sports sequel rewards violence as much as it does skill (which explains the Antstream Arcade challenge we mentioned above). Somehow, despite every genre innovation that’s followed since 1990, it still feels amazing today.

Look, no one said we couldn’t have two Sensible Software games in the list, ok? You’re lucky we don’t bundle in Sensible Soccer for good measure. The intro music for this mouse-driven shooter classic famously proclaimed that, “War has never been so much fun”, which is a sentiment that was – and remains – difficult to dispute. Shot through with pitch-black gallows humour and deeply controversial at the time, Cannon Fodder is still an essential experience. 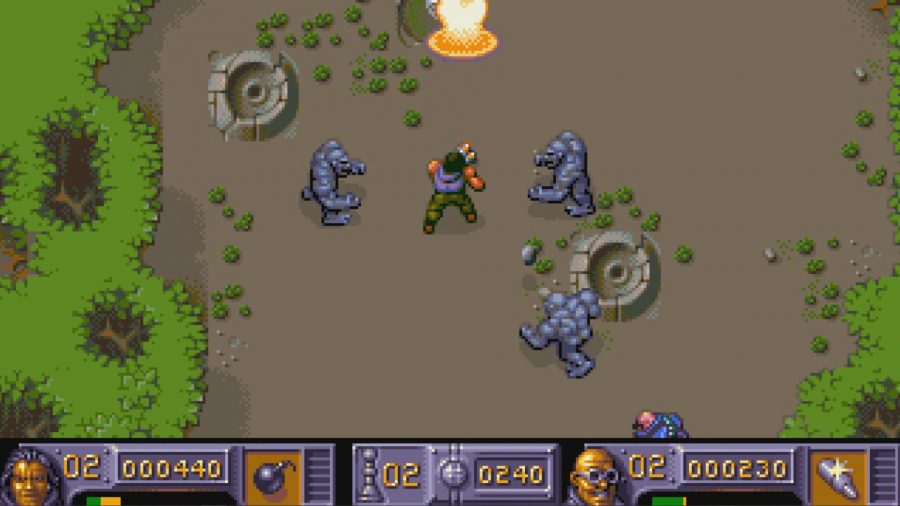 Anybody who owned an Amiga will remember this one. The Chaos Engine is a classic Bitmap Brothers top-down shooter set in an alternative steampunk universe in the Victorian age. You play a time traveller, stranded in the late nineteenth century, and must cut down the monstrous creations of the titular machine and ultimately put an end to it. 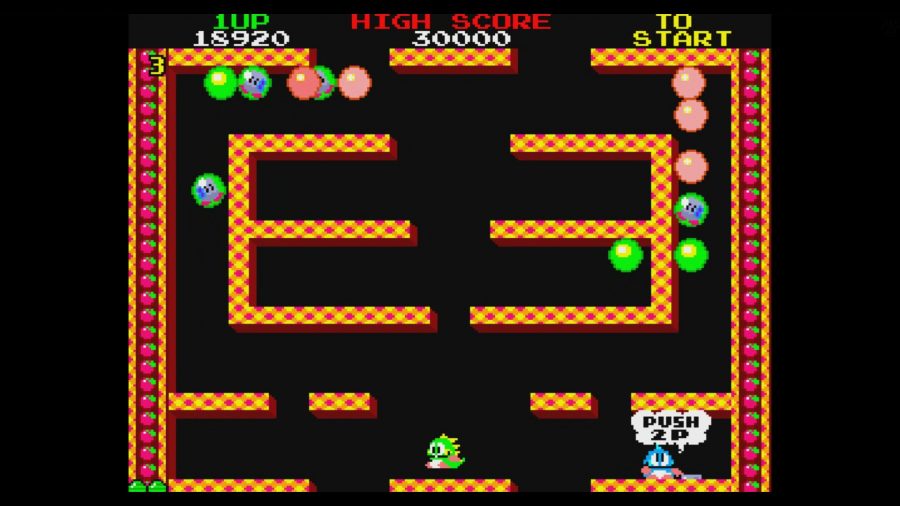 Somewhat different in tone to Cannon Fodder, Taito’s bright-and-breezy arcade classic puts you in control of a cute, bubble-breathing dinosaur and asks you to clear screen after screen of enemies. If you haven’t played it before, you do this by capturing them in your soapy exhalations and then bursting the globules before your quarry break out, emerging faster and angrier than before. The cute visuals belie a surprisingly challenging game, but the most intimidating task you’ll face is getting the music out of your head afterwards.

Subscribe to Antstream Arcade here for your seven-day free trial. Get 60% off by entering the following code: NN-60Y-ARCADE. We’ll see you in the leaderboards…