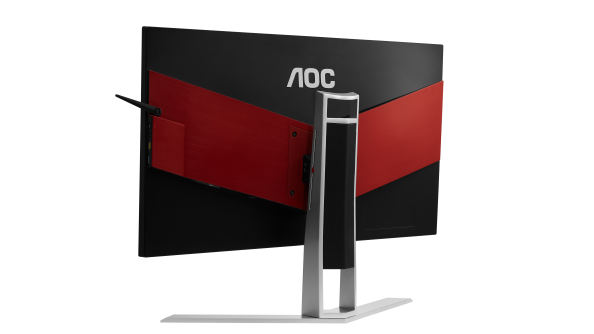 According to a source close to AOC the hardware manufacturer may be releasing a pair of new 4K monitors this year, potentially bringing the curve to Ultra HD gaming.

Big screens make strategic thinking easier, so check out our guide to the best strategy games to go with your beast of a monitor.

AOC is all set to release a whole new range of gaming monitors this year within its inaugural AGON brand – yes, we’ve moved on from Greek gods onto just about any Greek word now.

They’ve kicked things off with the angular beauty that is the AG271QG. A catchily-titled gaming screen sporting an IPS panel, a 1440p native resolution and an eye-soothing 165Hz refresh rate.

The two best gaming monitors around at the moment – the Acer Predator XB271HU and the Asus RoG Swift PG279Q – both come with identical specs, so it wouldn’t be a huge surprise if AOC had sourced the same exquisite panel those two displays are using. We’ll soon see… 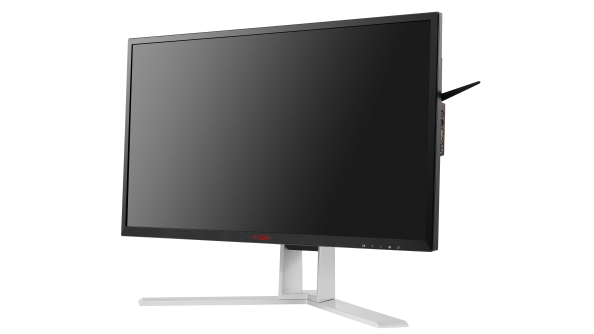 But as yet AOC doesn’t have any gaming-specific 4K monitors, though if our source is to be believed that is all set to change with both a flat panel and a curvy 4K screen hitting the market this year, both sporting Nvidia’s G-Sync frame-smoothing tech.

The flat-screen version is a pretty safe bet, with a relatively straightforward 27-inch IPS panel, and a 75Hz refresh rate, but it’s the curved version that looks rather unexpected. We’ve been told today that in all likeliness AOC will be releasing a 35-inch curved 4K screen in the autumn.

If true that’s rather exciting, as we’ve also been told it will possibly come rocking a VA panel with a refresh rate of over 100Hz; though how much over they couldn’t say.

A 35-inch screen is just enough to make the curve worthwhile and big enough that the 3840 x 2160 native resolution doesn’t make everything look teeny-tiny on the desktop without the hideous spectre of Windows scaling looming over it. Which is our frustration with the 27-inch 4Ks.

And a G-Sync capable VA panel with a high refresh rate sounds awesome too.

Though it might all be too good to be true. The only curved screens we’ve seen so far have come from the 21:9 crowd – such as the brilliant Acer XR341CK with its 75Hz IPS panel – and none bar Samsung at the more standard 16:9 aspect ratio. Though Samsung will curve anything…

And there’s also the fact that 35-inch is a totally non-standard panel size outside of the ultrawide monitor gang. There aren’t even any 35-inch curved 4K TV panels we know of which AOC would be able to ‘borrow’ for such an endeavour.

So we’re taking it with a pinch of salt right now, and wouldn’t be that surprised if the touted curvy 4K monitor actually manifested itself as a 21:9, 3440 x 1440 AOC AGON display with a high refresh rate VA panel.

But a man can dream of a big-screen, curved 4K future, can’t he?