A pair of graphics cards, a serious CPU and a whole heap of storage. Aorus’ slimline X7 Pro v5 is a workhorse of a laptop which doesn’t pull any punches…except maybe with the system’s cooling.

Read more: check out our in depth guide to the basics of overclocking.

Aorus are Gigabyte’s gaming laptop offshoot and have built up a reputation for creating good-looking, slimline notebooks with the graphical power to game at speed. Unfortunately mixing high-end GPU performance with a 13mm base chassis means you’re not left with a lot of space to deal with cooling your hot-rod components.

Time waits for no (hu)man, so if you want to get straight to the all-important performance or verdict click on the quick links below:

The X7 Pro v5 packs a whole heap of top-quality gaming components into its svelte chassis, but the headline spec has to be the twin-GPU array sitting at its heart. The SLI setup in question sports a pair of Nvidia’s GTX 970M chips. The cards are powering a 17.3-inch IPS panel with a 1080p native resolution and GSync support.

Aorus haven’t yet updated the X7 Pro line to include the new Pascal-based mobile laptop GPUs though there is a standard Aorus X7 v6 which comes with a single GTX 1070 card performing the pixel pushing duties for a lower price than this $2,899 (£2,499) option.

Supporting the graphics array is a Skylake Core i7 CPU. The i7 6820HK is a full-fat quad-core with HyperThreading, running at a base frequency of 2.7GHz and a theoretical Turbo speed of 3.6GHz. It’s not the tippy top of Intel’s 6th Gen range, but in a gaming rig with discrete GPUs there’s no real need for the Iris Pro integrated graphics silicon the highest spec mobile i7s come with.

Our review sample came with a surfeit of system memory, sporting 32GB dual-channel DDR4 running at 2,133MHz. That’s probably overkill for a standard gaming system – 16GB is more than enough – but if you’re looking for this high-powered machine to be doing other dutis aside from gaming, say video editing/rendering for example, the more memory you can throw at it the better.

The Aorus X7 Pro v5’s storage backs up those semi-professional leanings too. There’s a pair of 256GB SSDs setup in a RAID 0 array, which delivers over 2GB/s of sequential read/write speeds, and a 1TB Hitachi HDD for the non-speed-sensitive data files. Elsewhere there’s a Killer gaming LAN chip looking after the wired networking (though I’ve yet to be convinced of their value over standard LAN connections), an anti-ghosting keyboard with a 30-key rollover, a set of dedicated macro keys and a whole host of inputs and outputs. 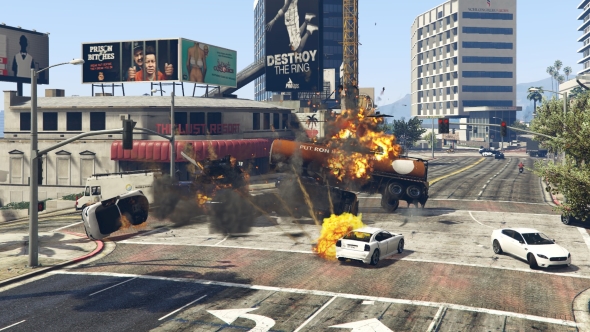 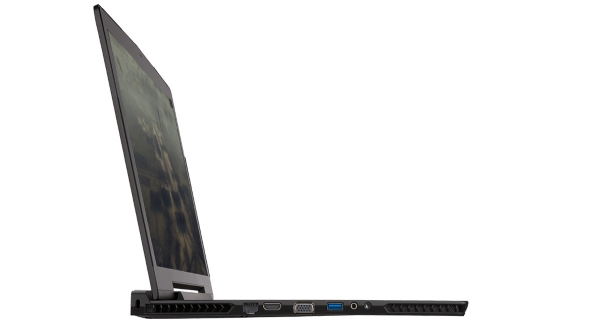 It’s all about the gaming performance when you’re talking about a laptop rocking a pair of pretty high-end graphics cards. And in that regard the Aorus X7 Pro v5 is a mighty impressive machine. With the 1080p GSync screen the chips are attached to its more than capable of nailing the requisite 60fps in most games.

There are exceptions though, and partly that’s down to the inevitable vagaries of SLI support. The Total War performance, for example, is pretty ropey thanks to the fact it only ever uses a single GPU, meaning one of your cards is sat twiddling its silicon thumbs throughout.

The massive grey mammal in the room however is the fact Nvidia’s new Pascal-powered notebook chips are finding their way into modern laptops. A single GTX 1070 is able to keep pace with, and sometime best, a pair of these last-gen GTX 970M parts. With just one speedy GPU doing the graphical grunt work you get all the straightline gaming performance without the problems of certain games not supporting SLI systems.

Then there’s the screen. With a higher refresh rate than most laptop screens and rocking the GSync frame synchronising technology, I was hoping to be bowled over by the 17.3-inch IPS panel. Unfortunately it’s really not a great display. Even at 100% brightness the screen is unforgivably dull, making the contrast performance and black levels incredibly weak, in turn losing a huge amount of definition in darker scenes.

By the way, do you have a good pair of noise-cancelling headphones? If you’re planning on gaming with the Aorus then you’re going to need some. The slimline chassis may look good on the desktop but in serious gaming action those twin GTX 970M chips start pumping out a lot of heat and the teeny tiny fans inside struggle to cope. That means they get mighty loud and blowy when you’re putting the Aorus’ hardware under load.

Still, the Core i7 processor inside the Aorus does its job admirably, though because of those cooling restrictions its Turbo performance has been limited. When all cores are active it only runs at 3.2GHz, and stretches up to 3.4GHz when only one core is in use. The peak Turbo of the i7 6820HK is meant to be 3.6GHz, but you’re not going to get that with the Aorus. 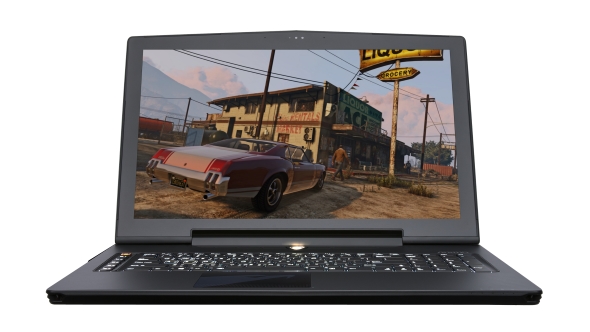 I really wish Aorus were able to make the cooling in their chassis either more effective or just a little bit quieter. The laptop casing is sleek and solidly built, looking good on the desktop, but it just can’t cope with the heat the sort of high-end components which get shoved into Aorus notebooks pump out. Of course you can mess around with fan profiles and such, and you might be able to gain a modicum of peace maybe at the expense of GPU clockspeeds, but that’s not really a compromise you should have to make.

The new Pascal GPUs might help with this issue, and future Aorus designs might be more than happy to game at high speeds without sounding like a Harrier is VTOL-ing away on your desktop.

And then there’s the price. At $2,899 (£2,499) you’d want to not be complaining about any part of your lovely, matte black slab of gaming goodness, but despite the often impressive frame rates the weak screen and shouty cooling will frustrate. I’m also mindful of the fact you can buy – admittedly far chunkier – laptops which sport both desktop Core i7 6700 and GTX 980 CPU and GPU silicon for less. That will give you around the same gaming performance, faster CPU speeds and will also run much quieter too.

Oh, and there’s the small matter of being able to pick up a desktop rig with a Pascal-based Titan X and a six-core Intel Core i7 processor for only a little more cash than this Aorus laptop. So, how much do you really want an SLI notebook now?