Is Apex Legends on Steam? It’s one of the biggest shooters in the world right now, with over 25 million players, but it isn’t anywhere to be found in Valve’s store. Apex’s success is no surprise, it boasts the colourful personality of Fornite and the tight gunplay has made PUBG endure. But the question remains: will there be an Apex Legends Steam version?

Like Overwatch, League of Legends, and Call of Duty: Black Ops 4, there is currently no Apex Legends Steam version. But fear not, it’s a simple matter to get Respawn’s battle royale added to the client.

If you’re like me and want to access all your games through the same place, then the flood of new PC gaming storefronts might be a little frustrating. It’s not just for neatness’s sake, remembering a whole host of usernames and passwords can be a bit of a pain. Below you can find out how to get Apex Legends on Steam.

Is Apex Legends on Steam?

Unfortunately not as Apex Legends is developed by Respawn, which is owned by EA. Therefore, the game is only available on PC through Origin, which EA has used to sell all of its portfolio of games since 2013. While EA has sold other games through Steam in the past, it has chosen to restrict Apex Legends to its client. For the same reason that Fortnite can only be snapped up through the Epic Store, Apex Legends can just be picked up on Origin.

How to get Apex Legends on Steam

The first step to accessing Apex Legends on Steam is opening Steam. You’re welcome for that one. In the bottom left corner, you should see a button that says ‘Add a Game’. Once you click that you should then see an option which says ‘Add a Non-Steam Game’. Now a new window will open in your web browser.

Next up, find the .exe file of Apex Legends in the file explorer. Seeing the file shouldn’t throw up too much difficulty as it will be marked with the battle royale game’s logo. Steam should offer it as a suggestion among others, but if you installed it to its default suggestions then you should be able to find the file here: C:\Program Files (x86)\Origin Games\Apex 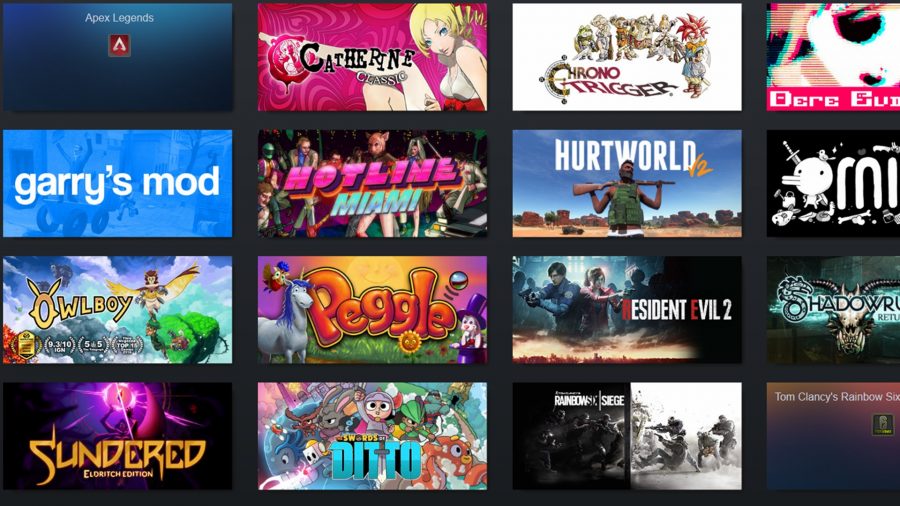 How to add Apex Legends to your Steam Library

Once you have your Apex Legends.exe file, press the tick-box next to the icon and then click the button that says ‘Add Selected Programs’. Once that’s all done you’re ready to go, and one-step closer to having a more organised collection of games. You will find Apex Legends listed among all the other games and programs you have accessible through Steam.

So lovely that we almost feel guilty for forcing him to write about Fortnite and Destiny. Iain has bylines all over, including: Kotaku, Rock Paper Shotgun, Esports News UK, VG24/7, and PocketGamer.Biz.