Apex Legends has taken the world by storm since its surprise launch on February 4, 2019. Now there are over 50 million of you playing the game just one month later. And that meteoric rise is showing no signs of slowing, which could make Apex Legends the first game to come knocking on Fortnite’s ivory tower.

But Fortnite manages to run on little more than a potato, and its potential market was exponentially increased by its mobile launch. With no phone version to speak of, Apex Legends needs to similarly cater to the graphics technology of the masses to capture a mammoth audience. Right now that’s the Nvidia GTX 1060.

Apex Legends is built on the Valve Corporation’s Source engine: a relic of a long-lost age before Fortnite, before lootboxes. A simpler time. Respawn Entertainment has dusted off the engine from Titanfall 2 and given it a new lick of paint for its battle royale debut, accommodating a few extra graphical tweaks – SSAO, volumetric lighting, and sun shadow coverage – into an otherwise identical settings menu.

That makes for a title that’s both fairly accommodating for entry-level hardware and GPUs with a little more graphical grunt. In our bespoke benchmark run – a heady mix of traversal, solo gunplay, and wonderfully scenic views – the mainstream GTX 1060 manages to keep its head above water, surpassing 60fps at 1080p even with some of the most demanding options enabled.

AMD’s RX 580 performs just a little better. With a memory advantage over its green team counterpart – 8GB of GDDR5 to the GTX 1060’s 6GB – the Radeon manages to easily top 60fps minimum with the highest visual fidelity.

Ambient occlusion is responsible for a large portion of the game’s graphical demands. Volumetric lighting similarly tanks fps, if only by a little less, and both can be disabled at little detriment to visual fidelity while boosting fps considerably.

The game is also limited by a 144fps cap. This can be removed with the +fps_max unlimited command line argument. Here’s how to do it:

But once combat really heats up in a live-fire situation, especially once multiple squads start unleashing ordnance left and right, frame times can increase exponentially. The resulting frame stutter can be jarring and hinder you from playing your best during the most crucial forays with the enemy. 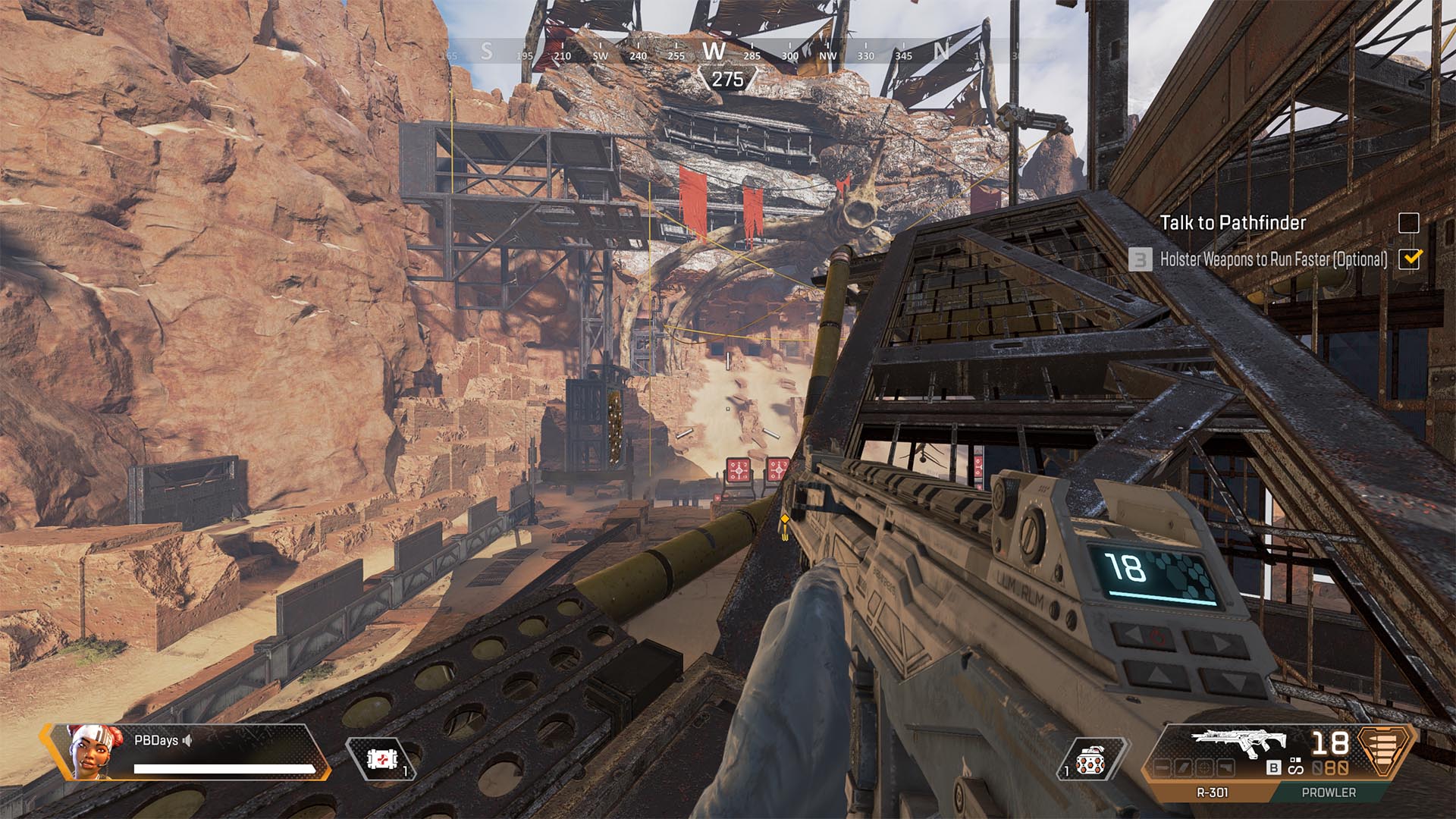 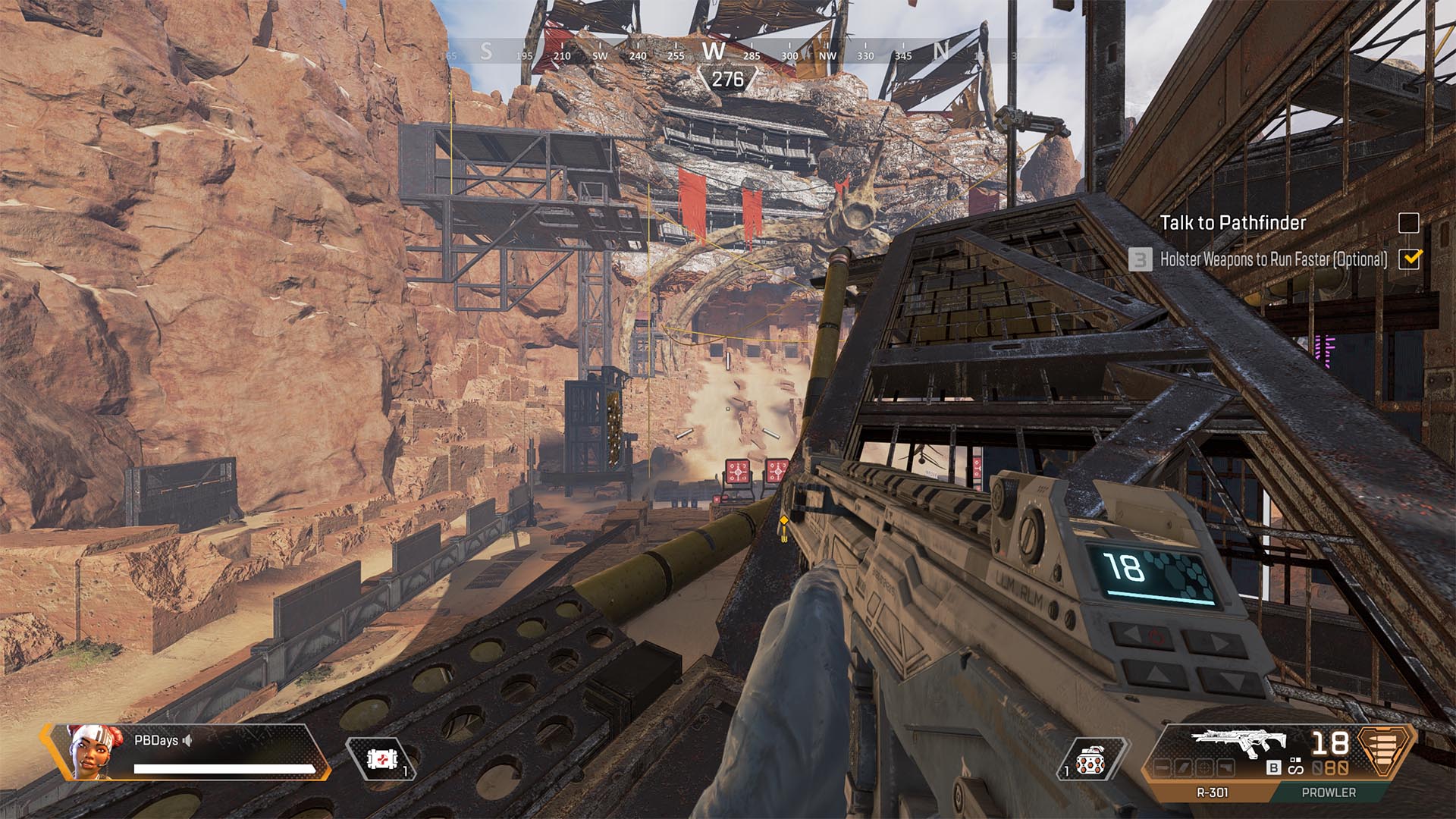 Adaptive resolution might be the answer. This technology lowers the rendering resolution as and when it’s required to maintain a user’s target framerate. As long as your target isn’t above and beyond usually attainable performance, this setting manages to deliver those all-important minimum framerates – and the change isn’t particularly noticeable either.

Set an adaptive resolution fps target of ‘60’, or slightly above, for your best chance at maintaining >60 minimum framerates even during the most furious of firefights.

As always good PC housekeeping is essential to getting the most out of your machine. Nvidia recently released Game Ready drivers, 419.35, specifically tailored to Apex Legends. Offering optimisations, SLI profiles, and bug fixes for the battle royale.

One such fix is for the DXGI_ERROR_DEVICE_HUNG error message that up until recently had been the cause of some in-game crashes.