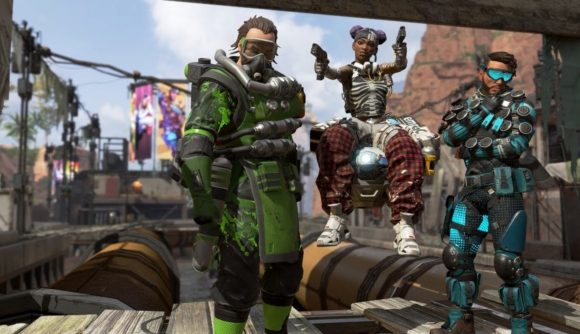 Apex Legends is different to other battle royales. In Fortnite and PUBG it’s every player for themselves, with only one winner – but Respawn has built Apex with teamwork and comradery in mind. It seems like some players don’t agree with that sentiment, however.

Resetera user Kurdel posted a screenshot of PS4 Apex Legends trophy statistics after receiving one titled ‘Team Player’, that unlocks after you respawn a teammate. Each trophy reveals a percentage that represents how many players have unlocked it. The percentage for the ‘Team Player’ achievement? Just 49.5%, indicating that fewer than 50% of players on PS4 have revived a teammate in Apex Legends.

Obviously, this data doesn’t reflect players on PC, but it’s an… interesting piece of information. The discussion in the comments point to a number of reasons why this percentage might be so low.

It could be the case that a number of players picked up Apex because it’s free and then decided it wasn’t for them, or that a whole team might die at the start of the match and be unable to help each other, or maybe that people who play on PS4 are just heartless – it’s difficult to say.

The respawn achievement sits alongside other rare trophies, such as equipping your character with a Fully Kitted weapon, using Legendary helmet and body armour at the same time, and – ultra rare – reaching level 50, which only 1.3% of players have achieved.

In other Apex Legends news, the battle royale’s new energy assault rifle, Havoc, can now be found on Kings Canyon. Make sure you check out our complete list of Apex’s Legendary skins to help choose what to spend your premium currency on.