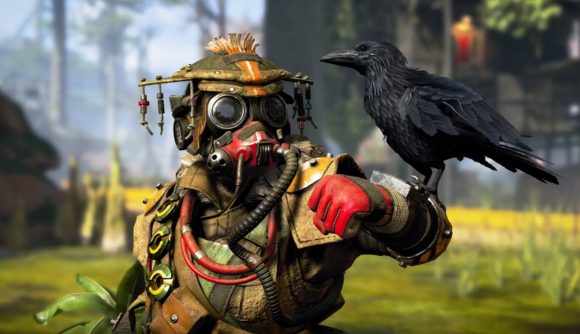 Apex Legends’ success is probably making Bioware and DICE a little nervous, thanks to its proximity to its major releases, but it’s also having an impact elsewhere. Despite the many differences between the two, the battle royale’s rise to success has attracted a lot of attention to a small VR-focused development team.

Andreas Juliusson is the marketing and communications manager for Fast Travel Games, “a VR exclusive games developer” based in Sweden. Last year, they released Apex Construct, a story-driven game with archery-based combat. In a post on Reddit, Juliusson said that in the 11 days since Apex Legends launched, “visits to our store page on Steam has increased with over 4000%.”

While you’d assume players would figure out their mistake pretty quickly, Juliusson says that’s not been the case at all, and that “we sold more units of Apex Construct in China [in] the last seven days than during all of 2018.” As well as the similarity in name, the two games share an unfortunately similar logo, likely adding to the confusion of the Chinese players who purchased the game.

Language barrier aside, I’d suggest that more alarm bells should have been going off. For one thing, Apex Legends is an Origin exclusive, and while you can link the game to your Steam account to find more friends to play with, it’s not actually available on Valve’s platform. On top of that, the game is free to play, while picking up Apex Construct will set you back $30 (£23).

Where we dropping? Here’s our guide to the Apex Legends map

Juliusson says that while he’s expecting the majority of those sales to be refunded, the studio’s accounts have been looking pretty healthy over the past few months. Sadly, several confused players have been issuing negative reviews, but the Steam Community team is reportedly looking into the issue.

With the Apex Legends player count now likely to be well above 25 million, perhaps it’s not overly surprising that there’d be some overspill. That said, I’d have expected more people to be helping out the Titanfall 2 player counts than bringing life to an almost entirely-unrelated VR game about shooting robot dogs with bow and arrows.