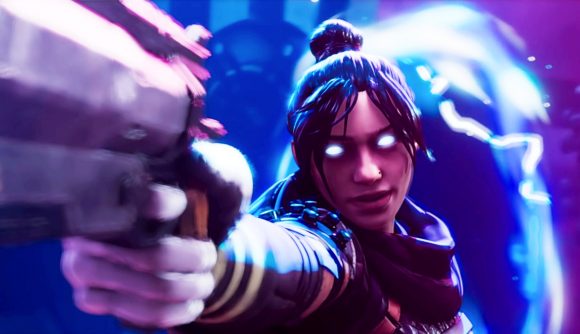 The next season of Apex Legends is shaping up to be pretty huge for Respawn’s battle royale. We’ve already been introduced to the new Legend Valkyrie, Olympus is about to see some pretty massive changes, and the season number is being dropped entirely. What’s really piqued our curiosity, though, is the new game mode.

We’ve yet to see too much of it, you see, though that’s about to change. Respawn released a new trailer to drum up excitement for the new season, Legacy, and revealed that we’re getting an Arenas gameplay reveal on April 26. The trailer features our cast of heroes duking it out in various arenas before an overseer mentions returning the legend to “where it started” – hmm.

While details are thin on the ground, Respawn is pretty happy to tell everyone that they’re going beyond battle royale with this one – it’s even in the trailer. We’ve had a hunch that this has been coming for a while, though, as game director Chad Grenier said the team would “launch new ways to play the game that take us beyond battle royale” this year.

There are further links to Titanfall this season, too, with Grenier telling fans of the series to “hang on” for this season. Valkyrie is the daughter of a Titanfall 2 pilot, so we’ve got that link, but more could well be in store.

“Next season, Season 9, you’re actually going to see a ton of Titanfall coming back into the game, in one way or another,” He said while on a panel hosted by BrownGirlGamerCode. “I’ve told some people before, if you’re a Titanfall fan, hang on for Season 9 because there’s gonna be some really cool stuff there.”

You can catch the trailer below if you fancy it:

If you’re mulling over who to main and who to ditch, our Apex Legends tier list will point you in the right direction. For more of the best battle royale games, you know where to click. The Apex Legends Season 9 release date isn’t until early next month, so you’ve got a wee bit of time to wait.