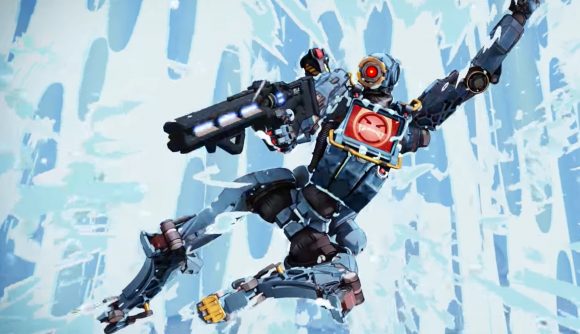 Respawn Entertainment has stamped out several glitches in the build up to Apex Legends‘ latest season. One of the more irritating ones for the community was allowing players to join ranked games outside of their bracket. While this worked out in several ways, plenty of top-tier players used it to play in Bronze lobbies to go up against less skilled foes and grind out reputation points.

Respawn has now taken action, however, banning 419 players in Diamond, Master, and Apex Predator alone. Apex security expert Conor Ford took to Twitter to reveal that those players would be watching Season 7 unfold from the sidelines. He also says that the recent ban wave spans across all platforms.

Scanning YouTube reveals that doing the glitch was reasonably straightforward and merely required some timing and communication. One player would search for a game of ranked play, and you’d join them while mashing cancel. To play in Bronze games, though, it looks like you’d need to join a player of that level. Still, though, it’s easy to see why running into Diamond players in your lobby would be annoying.

If you’re curious to how ranks work then our sister site, The Loadout, has a guide on Apex Legends ranks. Essentially, though, Bronze is the lowest tier while Diamond, Master, and Apex Predator are the top three. So there’s undoubtedly some distance there.

To the 419 Diamond+ ranked players who abused an exploit allowing you get into and farm bronze lobbies for RP, enjoy watching Season 7 from the sidelines 🔨❤️

If it’s tips you need, then we have our own guides on Apex Legends characters and weapons for you to sift through. Not that it matters for me, though. I’ll main Wraith until I’m dead in the ground.