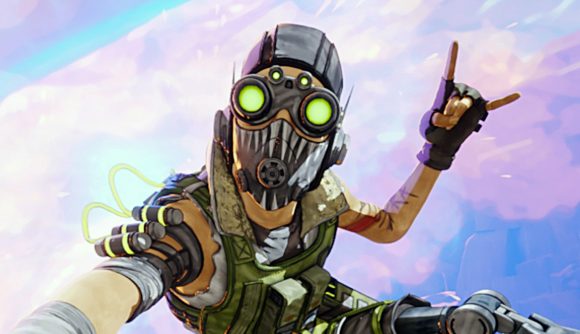 A new Apex Legends crash problem is doing the rounds in one of the best battle royale games around, although the cause is an unusual one this time – posing too much. Apparently, players are experiencing crashes based on using animated epic poses, although Respawn is working on a fix for next week – and have posted a big “bug notice” in-game.

Like many other major online games, there has been no shortage of issues with Apex Legends since it released – such as the massive disconnection errors players experienced last month. This issue is a little less serious and a little more amusing than problems like that or the ongoing server problems Apex Legends seems to continuously suffer from – although it’s notable how Respawn is handling it.

As noticed by players a few weeks ago, animated epic poses have been crashing games. This wouldn’t be so bad as they can easily be unequipped, except players can use them on the lobby too – which can crash the game for anyone who views them too.

The good news is that Respawn is working on a full fix “scheduled for next week”, but more impressively has actually posted a public “bug notice” of the issue in Apex Legends itself – not only admitting the problem but making sure every Apex player is aware of it and not to use these epic poses.

We’ve just published this message in-game to help cut down on crashes called by animated poses. Tell your friends!

A full fix is scheduled for next week. pic.twitter.com/mXguAzBvN3

This issue isn’t the only scary thing going on in Apex Legends either, as the Halloween event Monsters Within is going on right now – complete with a fantastic skin for Revenant.