Players are eagerly anticipating the Apex Legends’ Fight or Fright release time. It’s the spooky season again, and Apex Legends, like many of the best battle royale games, is making the most of it. For the last week before Halloween (and a few days after it), the Apex Games are turning into some kind of costume party, with new skins, a night-time LTM, and loads of potential rewards for players willing to test their mettle.

Last year’s event brought us the Shadowfall limited time mode, however this has been replaced in 2020’s offering, instead opting for the brand new Shadow Royale. It certainly sounds eerie, and if Revenant’s controlling the event, then we’re surely in for some surprises.

In amongst the shadows, we’ve got all new rewards, recolours of some classic haunted skins, and a “haunting” new prize track. We’re especially excited about the creepy new badges that players can earn – that or vampire Crypto! You’ll have less than two weeks to earn as many rewards as you can hold, so take a deep breath and jump in head-first. 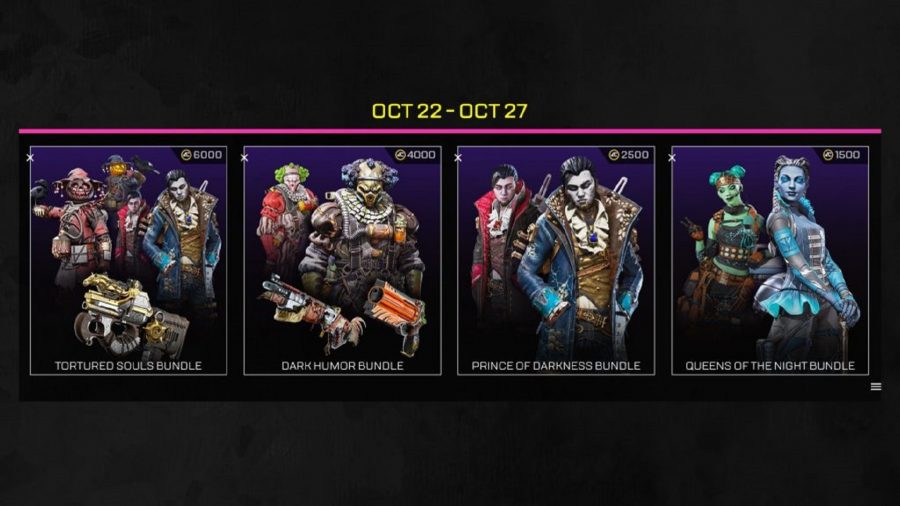 Many of last year’s Halloween-themed skins will be returning, along with brand new recolours of them. The skins will be available for purchase in bundles that rotate through the ten-day period. In the trailer, we see four of the recolours: Protector of the Patch Bloodhound, Monster Mashed Gibraltar, Mistress of Evil Wraith, and Last Laugh Caustic, but the EA blog gave us even more information about the bundles and prices.

From October 22-27, you’ll be able to grab the Tortured Souls bundle for 6,000 coins, which includes both Bloodhound skins, both Crypto skins, and a Prowler skin. The Dark Humor bundle (4,000 coins) will also be available for fans of Caustic and clowns, as well as the Prince of Darkness bundle (nothing to do with Ozzy Osborne, sorry) which costs 2500 coins for Crypto mains who aren’t into pumpkin-Bloodhound. For the low price of 1,500 coins, you can also get your hands on a spooky Loba and Lifeline pair in the Queens of the Night bundle. 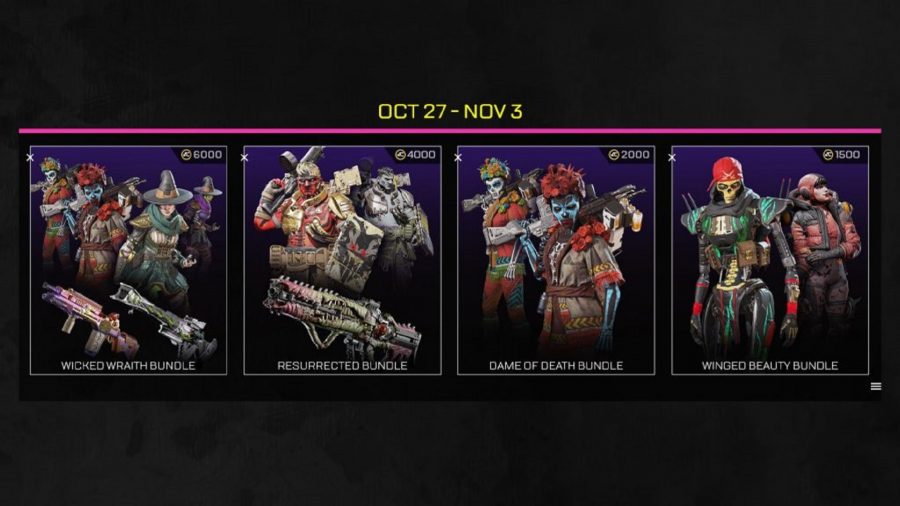 From October 27 to November 3, four more bundles will be available. First up, for 6,000 coins you can get Halloween skins for Wraith and Bangalore in the Wicked Wraith bundle, which also includes two weapon skins. The Resurrected bundle costs 4,000 coins and includes two Gibraltar skins and a weapon skin. Bangalore’s two skins can be bought separately for 2,000 coins in the Dame of Death bundle, and a Revenant/Wattson combo is available for 1,500 coins in the Winged Beauty bundle. Phew – that was a lot.

Here is the trailer for the Fight or Fright event, narrated by everyone’s favourite murder-robot, Revenant: 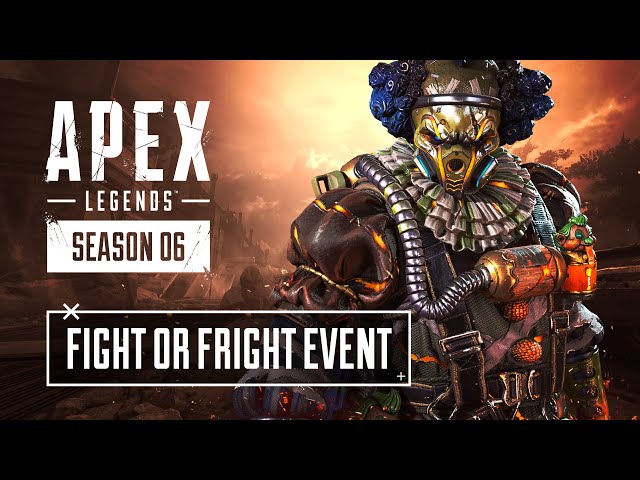 As you may have gathered, once you die in a Shadow Royale, you’ll be resurrected by Revenant to continue fighting – and this is where things get really interesting.

As a shadow, you have 65 health, super strong melee attacks and a huge speed boost. Oh, and did we mention you can wall-run? You’ll keep being respawned as a shadow until the last member of your squad goes down, so don’t you dare quit as soon as you’re knocked (looking at you, Wraith players).

Win by making sure everyone else has been completely finished – including their shadows. We’re also expecting to see Prowlers make an appearance as unlikely allies, perhaps if your teammates disconnect.