With trepidation, I click the Ready button in the Apex Legends matchmaking menu. And yep, there it is, straight away. I’ve been teamed up with not one but two screaming spambots.

In speaker-shattering and rapid pre-recorded Mandarin, they both try to shout their sales pitches over one another, peddling their hacks to me as fast as possible. Their on-screen names are a series of numbers and characters – their IDs on the Chinese chat app QQ where I could continue the transaction. This is necessary as Chinese online shopping site Taobao has banned the sale of Apex Legends cheats. The character selection timer ticks away as I race to the main settings to turn down the volume of all voice chat, which is the only way to mute these obnoxious robots in the lobby.

Despite the banning of several hundred thousand accounts, playing Apex Legends in Taiwan still means dealing with huge numbers of cheaters and scammers, enough to make the game nigh unplayable. What I experience in this one moment is a common occurrence throughout any night I try to play Respawn Entertainment’s battle royale game. And it’s nowhere near the worst of it.

The most depressing spammer of the night so far was a poor guy who was clearly reciting his sales pitch live, in a voice deadened by hours in what was probably a dim and smoke-filled net cafe, but could easily have also just been prison. 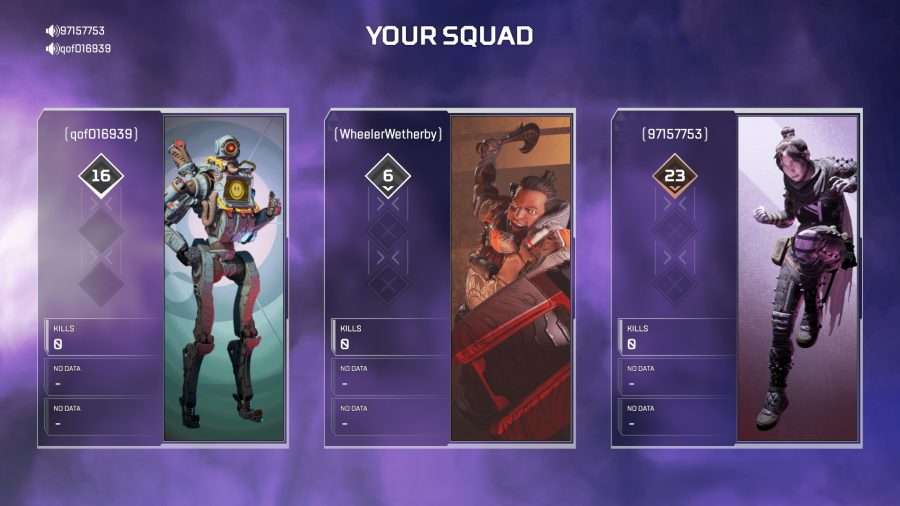 It was enough to make me question why I was still trying to get in a good round of the game before going to bed. Indeed, my previous effort ended almost before it started: at last paired with two squaddies who appeared to be real players, we hotdropped into the Bunker only to be instantly slaughtered by a trio of probable hackers. They appeared around corners with unnatural speed and scored only headshots. We were crawling around on the floor in seconds.

a battle royale shooter reduced to an idle clicker

Afterwards, I decided to stick around and spectate the player who had killed me. They zipped around the map like Nightcrawler and had a preternatural ability to find opponents at great distances and behind walls. Their gun was a gaudy gold pistol, A legitimate high-tier pickup? Who knows what the cheaters are capable of. Certainly not taste.

Through this cheater’s eyes, Apex Legends seemed like the dullest thing in the world: a battle royale shooter reduced to an idle clicker. Boom. Headshot. Boom. Headshot. 360 no-scope boom. Headshot. The game was won before it even began, when the cheater managed to buy and successfully install a hack mod. That’s the real game for these people – outsmarting the authorities that declare no one is allowed to just pay to win. Yeah right. 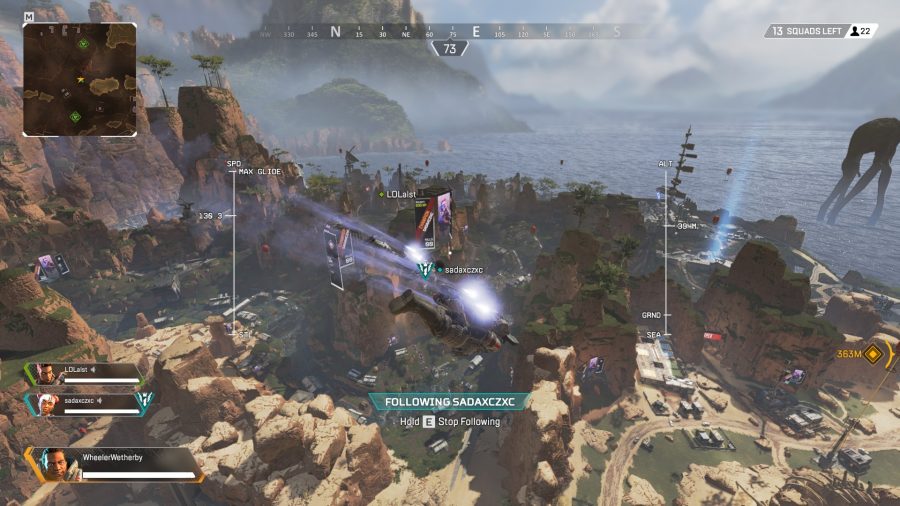 Anyway, I’ve got to get my head back in the game as I’m dropping into the match now. Thankfully, my screaming spambot friends have quit the round already. I’m alone and the game is eerily quiet. There are no dry quips from Pathfinder or boasts from Bangalore. I curse myself for choosing Lifeline; the supportiest of the support classes.

By the time I land, half the squads are gone, abandoning this game to try to make it in another match. Who would stick around once the spambots have left the building? Just me and the cheaters, apparently. With half the population, it’s easy to collect a full kit of gear: armour, batteries, and a fully-loaded Peacekeeper shotgun with a precision choke for a tighter spread. Time ticks by, and Lifeline intermittently announces that I’m safe in the circle. Otherwise, there’s silence, apart from the occasional distant crack of gunfire. I should quit, but I’m determined to see one round to some sort of conclusion.

In the final circle, I find an abandoned and unopened supply drop and decide to camp there, hoping it will become bait. From here I watch the squads steadily decrease one by one and await my turn. 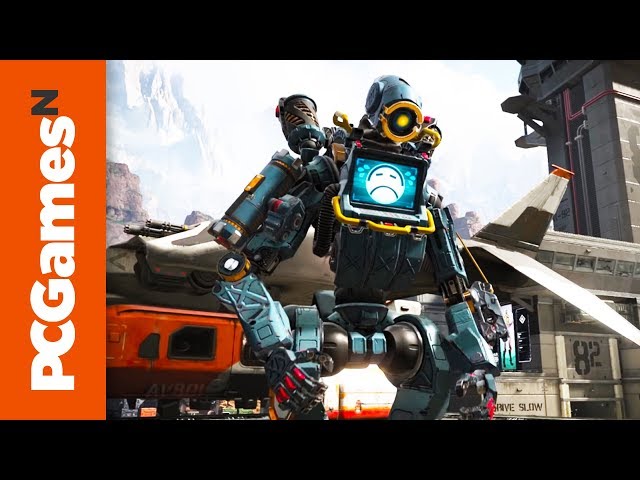 Finally, with only the two of us left, I see him, a Caustic zooming across the desert like a post-apocalyptic Road Runner. I’ve got the drop on him. I hop down a cliff to hit him from behind, but he’s already gone.

Frantically searching, I don’t see him again, although he can’t have gone far. I run into a few traps of his but Caustic’s gas is ineffective in this wide-open space. Every minute or so, a couple of shots ring out, forcing me to duck behind the nearest cover. Is he invisible? Or just faster than light? I start wishing he would just use his aimbot and get it over with. Why delay the inevitable?

At last, as I’m running backwards Serious-Sam-style, he appears from nowhere, crossing my screen from left to right. Then, as he suddenly appears inches from my face, I act on reflex. My Peacekeeper roars. And then it roars again. He flops over on the sand.

For the first time in my Apex Legends career, ‘CHAMPION’ appears on my screen. I guess that makes me a winner, of sorts. Though it’s hard to feel victorious with my ears still ringing with the cacophony of sales pitches from earlier.