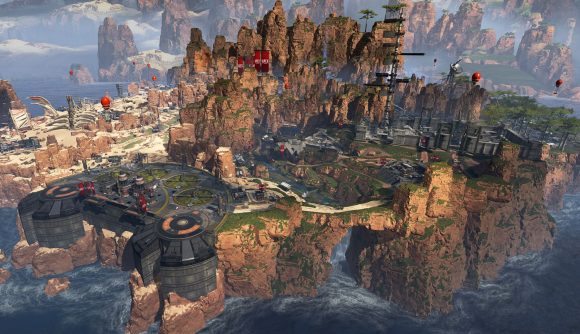 February 20, 2020 Kings Canyon is coming back for everyone in Apex Legends.

After Respawn announced Kings Canyon’s return for the second half of ranked Series 3, players have been asking if and when the map would return to unranked Apex Legends. Now, it’s official: Kings Canyon returns for everyone this week – but only for a limited time.

You’ll be able to select the Season 1 version of Kings Canyon as of February 21, and that option will last until February 24. That will be in addition to – not a replacement of – the current World’s Edge map. That’s a lot sooner than we expected, as dataminers suggested that the comeback would come alongside the ranked series split in March.

Ranked players will still be waiting for that split on March 24 to enter Kings Canyon, though. As previously announced, that split which will see players on World’s Edge for the first half of Series 3, then back on Kings Canyon for the remaining six weeks.

For everyone else, though, you’re less than 24 hours from a return to Kings Canyon.

We're going back to where it all started. 😎

Starting tomorrow through Feb 24, in addition to World's Edge, Season 1 Kings Canyon will also be available to play. pic.twitter.com/OLDCegRrPX