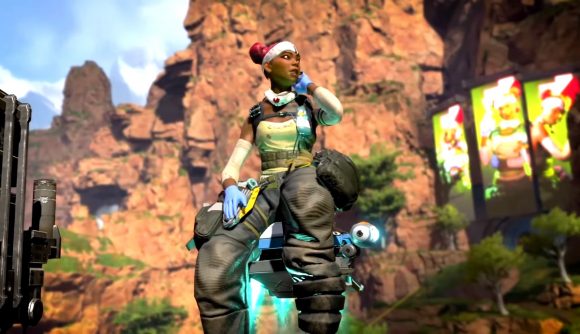 As Apex Legends updates have brought a variety of balance changes for the battle royale’s roster, players have found that Lifeline hasn’t been keeping up. Developer Respawn agrees – sort of – but feels that a “sidegrade” Lifeline rework is the way to go, because stats for the medic are still too good for any full-on Lifeline buffs.

“Lifeline is in a complicated spot,” lead game designer Carlos Pineda says on Twitter (via USgamer). “Despite the claims that she ‘is in dire need of a buff,’ the data says she remains top tier across different categories,” including pick rate, win rate, and KDR. “In that sense, she does not need a buff at all.”

But Pineda acknowledges that Lifeline “lost some of her shine due to the other legend buffs”. So even if she’s not getting any straight-up buffs, you can expect a rework that acts as a sidegrade “sidegrade” – but that might take some time. “We want her to be different from other Legends without necessarily adding power,” Pineda says. “That kind of design is much harder than just cranking numbers or even just adding a new thing she can do.”

Apex Legends just got one major rework alongside the launch of Season 5 – though you can certainly argue that those were straight Mirage buffs. Either way, the update touched pretty much every aspect of the character, and so serves as a pretty strong indicator of what a full rework might look like.

So in that sense, she does not need a buff at all.

But I get it – everyone wants her to be unique and I agree she's lost some of her shine due to the other legend buffs. But we can't straight up add power to her – that would drive her even higher in those metrics.

For more on battle royale games – and anything else you might be playing on PC – you know where to look.