A trickster can only play their hand so many times before everyone cottons on to the ruse. The problem is exacerbated when those you’re trying to convince or confuse are out to kill you. This is the unfortunate situation that Apex Legends’ Mirage has found himself in.

His abilities, which largely revolve around the use of decoys, prove largely ineffective on experienced players, and so Respawn has been hard at work trying to find ways of buffing his powers without turning them into a right pain to deal with.

Over on Reddit, in response to a player’s suggestion on how to improve Mirage’s abilities, Respawn senior game designer Daniel Klein said, “Decoys firing blanks is the nuclear option. I have no doubt that it would be effective and powerful, but the amount of damage it would do to combat readability and just sheer confusion scares me. I’m trying something different for 7.0 (which also has some combat readability issues, but IMO not as bad as having the decoys fire blanks). Let’s see how it goes.”

Season 6’s end date was recently brought forward by a week to November 4, which is likely to be when Season 7 will kick off. For poor Mirage, the next season – and his promising buffs – can’t come soon enough. 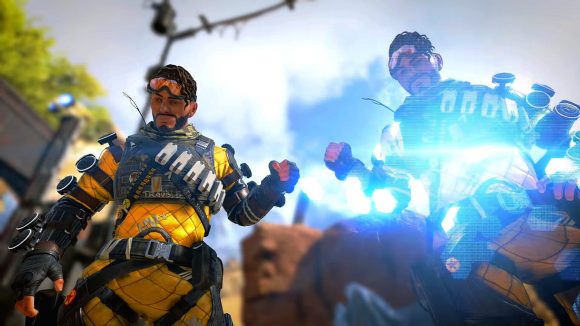 While you await official confirmation, we’ve just put out a handy Apex Legends weapons tier list and collated everything we know so far about the game’s latest character, Scottish scientist Horizon. Plus, a recent datamine uncovered what could well be an Apex Legends Arena Mode. The FPS game’s Halloween event, ‘Fight or Fright‘, runs from today until November 3.