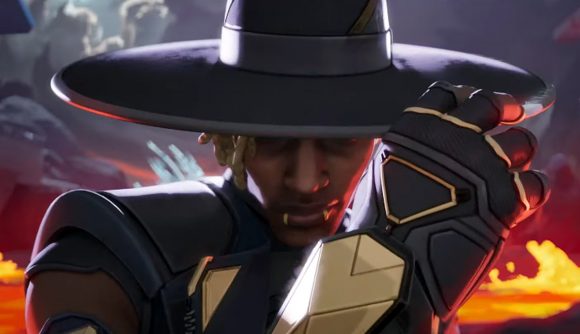 Developer Respawn has been teasing the start of Apex Legends’ tenth season all throughout July – which we know will bring with it the new Legend known as Seer into the game, alongside a ranked version of the popular new Arenas mode which was added in Season 9.

So far details on the new season’s Battle Pass have remained a mystery, but now it seems the main Apex Legends website has been updated too early – leaking details about the Season 10 rewards (as spotted by Apex Legends News on Twitter), which includes both free and premium rewards and item sets.

The free rewards include a new Bloodhound skin, seven Apex packs, 11 weapon skins, a rather pathetic 300 Apex coins, and more. Item sets to unlock include new limited sets for Valkyrie, Horizon, and new boy Seer. Premium sets will include rare sets for Bloodhound, Gibraltar, Lifeline, and Pathfinder – so not anything for Seer in the paid section, apparently, although he’ll probably get a starter pack.

The EA website has updated early and revealed *some* details on the Season 10 Battle Pass.

The full details on Apex Legends Season 10 and its Battle Pass will likely be revealed tomorrow, alongside official confirmation of the season’s start date – which if it’s anything but Tuesday we’ll eat Seer’s massive hat.