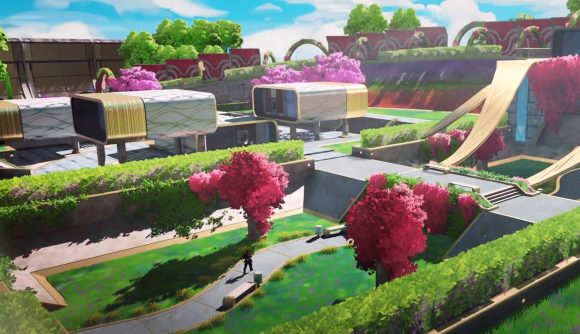 Respawn is taking some of the grind out of Apex Legends‘ Season 7 battle pass. Game director Chad Grenier says you’ll still be able to earn the same number of stars, but the process of getting them should be a lot smoother going forward, thanks to a reversion to Season 6 difficulty levels.

After you’ve played the two games you need to complete the first challenge, all remaining daily challenges have been adjusted. In some cases, that’s meant making relatively slight reductions to the amount of damage you need to do in order to complete a challenge, while in other cases it’s meant a cut of more than half of the initial requirements.

Grenier posted a chart to Twitter today that shows the difference between the old Season 7 daily challenges and the new versions. Where you once had to do a total of 2,000 damage to unlock a 1-star challenge in Pool 3, now you’ll only have to do 500 for the same star. Instead of surviving for 45 minutes, you’ll only have to survive for 15. Forget opening 50 bins; now you’ve just got to open 10.

In last week's Reddit AMA, I said we had more changes to the S7 Battle Pass planned.

Starting today, we're reverting the difficulty of the daily challenges to S6 levels while keeping the number of stars rewarded the same.

See image below for the before-and-after comparison: pic.twitter.com/Bbcp6NUKUX

As you can see, the cuts include even the three-star challenges in pool 5 – instead of 3,250 damage, you’ll only need to do 1,500, for example.
This ought to make life easier for players who don’t have a lot of time to pour into the battle royale game‘s battle pass grind, allowing them to complete the pass and collect its rewards without having to neglect work and family responsibilities in the process.

This pairs with the reductions Respawn is making to the weekly challenge experience requirements, as players had justifiably complained that Season 7’s battle pass took too damn long to level up. Grenier says those changes – which revert weekly challenges to Season 6 levels – will go live in a patch next week, and all players will receive 10 free battle pass levels.

There are still a lot of people playing Apex Legends, as it’s recently arrived on Steam – and has quickly rocketed its way up to the top ten most-played games on the platform.