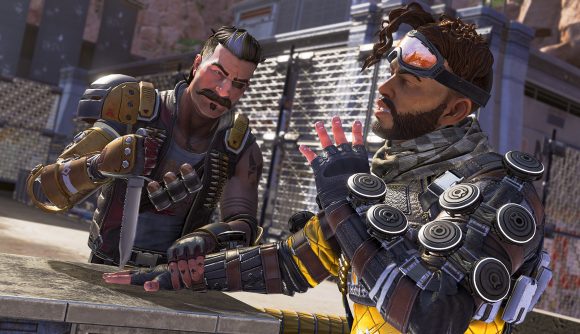 That’s coming from SteamDB, which has the tally of players at 184,170 on February 3. In case you’re curious, the peak was 142,600 the day before, and 130,490 the weekend before the new season went live. At the time of writing, it’s currently sitting at 102,919, but, you know, it’s pretty early, so that’s not too surprising, really—all in all, a good week for developer Respawn.

Season 8 introduced a heap of changes, as is the Respawn way. Kings Canyon returned (yay), but it’s now destroyed (oh no). We also got a new aussie gunslinger called Fuse and a heap of Legend and weapon tweaks. Wraith has been nerfed again and has had her hitbox increased to make her easier to hit.

Game director Chad Grenier also marked the new season and second birthday of Apex Legends with a chonky blog post chronicling the game’s journey from a fresh slice of Titanfall to content to, well, not Titanfall.

Apex Legends started as a new game mode called survival where pilots and Titans would duke it out to the end to be the last person standing. At one point, Kings Canyon was even big enough to accommodate the big, stompy Titans – bless ’em.

If you’re looking to get your season off to a good start, we have an Apex Legends tier list that’ll help you separate the wheat from the chaff when it comes to characters you should main.