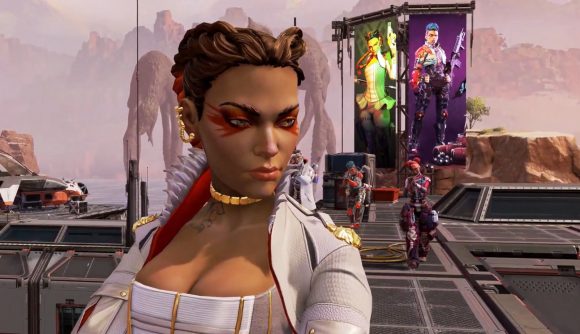 May 8, 2020 Respawn has provided more detail on what to expect from Apex Legends’ new PvE season quest.

The latest Apex Legends trailer reveals a fresh look at Season 5, and in addition to the usual new character and map changes, it looks like we’re getting a whole new way to play the game, too. The Season Quest system teased in previous reveals ties into a new PvE mode, where you’ll do battle with the prowler beasts introduced back in Bloodhound’s Trials.

You’ll be able new treasure packs nestled among the game’s existing loot, but you’re only able to collect one per day. While you can enter the PvE Hunt mode at any time, you’ll have to have collected five treasure packs to join one for yourself.

New Hunts will be introduced weekly starting on May 19, and all nine take place in nighttime Kings Canyon. You can play the Hunts either solo or with a squad – either way, you’ll search for the location of a hidden artifact, defend a mining bot as it digs that artifact up, and then escape aboard a dropship, all while fighting waves of prowlers.

Completing each Hunt will give you a missing piece of the season’s relic, and thus a new chapter of the seasonal story, alongside new weapon charms. You’ll be able to play all Hunts you’ve unlocked all season, so even if the rewards have a time crunch, the content does not.

You can get more details in the official blog. The trailer also provides a look at all the changes to Kings Canyon in the new season, but you’re better off seeing those for yourself below.

Pursue your fortune in Apex Legends Season 5. Hunt your enemies as Loba, discover hidden secrets in the all-new PvE Season Quest, and explore a dangerous new area, Salvage, in the newly formed bay.

Show The Outlands what you're made of when Season 5 begins May 12. pic.twitter.com/pkibSeTTq7

We already got a solid idea from Apex Legends’ Loba abilities in the last teaser, and there’s not much fresh detail on them here – but you can follow that link for a breakdown of what we know so far.