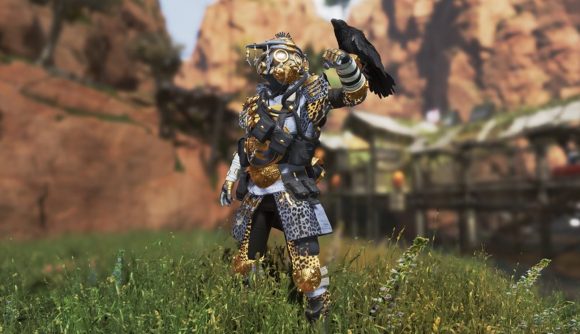 It looks like fans of Respawn’s battle royale Apex Legends might be in for a treat. Publisher EA has just announced in its first quarter fiscal 2020 earnings call that something pretty exciting is heading to the game in the next few weeks – “one of the most fan-requested features” since its launch.

As spotted by Dexerto, it looks like developer Respawn is gearing up to drop something exciting for fans very soon, with the report referencing “the event coming in the next few weeks that will bring new content and deliver one of the most fan-requested features since the launch of Apex.” The report also adds that “there will be more updates and in-game experiences in the weeks to come for Season 2, and Season 3 is shaping up to be even bigger.”

What this “fan-requested” feature will be, though, is a mystery – but we have a few guesses. First, since the game’s launch in February, quite a few fans have voiced their wishes for a solo mode in the game, which would mark quite a big departure from the game’s current format, which sees you team up in threes. However, it wouldn’t be a big departure within the battle royale genre as most others offer the option for solo battling. Perhaps this might be the feature the studio’s planning to bring in.

Another possibility is that we might get to see some of Titanfall 2’s Titans make it into the game after all. Drew McCoy executive producer at Respawn told GameInformer last month that this probably wouldn’t happen, with the studio having “prototyped it for like nine months during development, and we couldn’t get it to work well”, and saying “So I think for now, titans are just not a thing. We’re no longer considering it.”

However, given that many players will have been speculating (and probably hoping) that Apex Legends would see some of its originating game’s characters cross over into the battle royale, it’s possible this could be the mysterious feature – though admittedly it’s a bit of a long shot.

Whatever it turns out to be, fans won’t be waiting long to see one of their requests realised – given the timeframe in the report, it looks like we can expect to see it delivered in August.