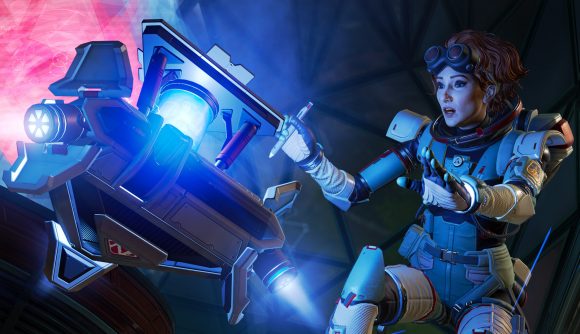 Apex Legends developer Respawn has provided some broad stats on the most popular characters in the battle royale game. The top five in the current season is mostly predictable to anyone following the mutliplayer game, but one or two might have you scratching your head.

In the latest episode of The Third Party: An Apex Legends podcast, senior game designer Daniel Klein rattled off the top five legends players are choosing at the moment. “Wraith, Bloodhound, Horizon, Octane, and then Lifeline, that’s the pick order right now,” Klein says, running in descending order. Horizon‘s settled into third after being heavily picked towards the start of Season 7, at the beginning of November, but Bloodhound and Octane are likely the ones to raise eyebrows.

Neither has a high win-rate, but Klein points out it isn’t all about winning. Octane’s speedy abilities make him a fun choice for players who aren’t too concerned with being competitive. No further context is given to Bloodhound, who’s been around since the game first came out, but it’s reasonable to assume it’s similar – players like using him and his powers of tracking and trap-detection, regardless of if he ultimately wins.

The FPS game‘s seventh season launched to a mixed reaction. Players weren’t happy with the difficulty and balancing, leading to Respawn making the battle pass easier to level up, toning down the difficulty on the dailies, and giving everyone double XP to take the edge off.

Apex Legends is now on Steam, where its arrival proved incredibly popular. The Holo-Day Bash returns this week, bringing back the Winter Express limited-time mode, and seeing the game through to January, where we’ll finally get a read-all button.