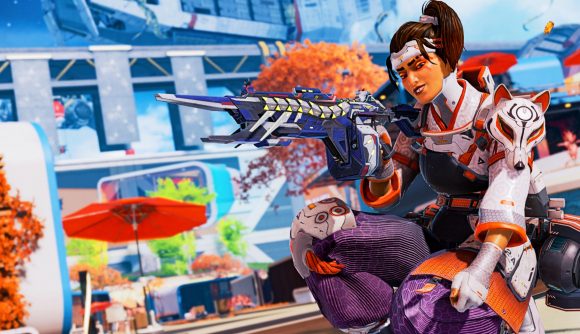 This one is a new permanent fixture that takes the game away from 20-squad battle royale matches into a more focused, CS:GO-like contest. You’ll be on a team of three, and you’ll win the game if you can take at least three rounds while being two ahead of the enemy team. If the game reaches round nine without a winner, you’ll head into a winner takes all showdown. The team has been playtesting this one since September 2019, so it’s been a wee while in the making.

Each round sees players start with fresh base equipment and some materials to spend, regardless of whether you win or lose the round. You can either spend your materials on buying and upgrading weapons or purchasing extra charges for your ultimate and tactical abilities. Each round offers more materials than the last, so you’ll be able to do more with what you’ve got as time goes on. For example, weapons are purchased as base guns with no attachments but go from white to blue to purple attachments as you upgrade them.

Arenas will be playable when the Legacy update drops. However, Arenas senior designer Robert West confirmed at a preview event that the team is “looking to add ranked arenas in a future update”. 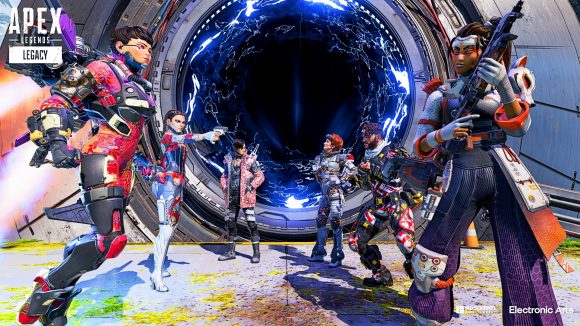 Of course, next season isn’t all about Arenas, and plenty of changes are coming to the base battle royale mode, too. Low profile is being removed from the game, which is a characteristic given to Apex Legends’ smaller characters. They take 5% extra damage to compensate for their teeny hitboxes, basically.

Octane is also getting nerfed because one in four players pick him in the battle royale mode right now. Lead game designer Daniel Klein explains that the team doesn’t want to ruin your fun, but it does want to make the decisions you make while playing him more meaningful.

Catch the trailer below to see some gameplay and the new maps:

“We’re making it so that when you constantly stim, you actually pay a meaningful price,” Klein says. “Right now, you pay this illusory price, you pay a little bit of health, but it doesn’t really matter. People stim mindlessly. The hope is that with the new health cost for stims, you will either pay attention to your health, or you will run across random low health Octanes and get free kills in the game.”

Apex Legends’ Legacy season is currently set to launch on May 4. If you’re looking for more battle royale games to keep you busy in the meantime, you know where to click.