The roster of characters is expanding to a whopping 17 with Apex Legends Season 9, which introduces Kairi ‘Valkyrie’ Imahara to the battle royale game. Valkyrie is the daughter of Titanfall 2 antagonist, Viper, one of Kuben Blisk’s Apex Predator pilots. Unfortunately, Valkyrie doesn’t get to use Viper’s Northstar titan, but she does have something no other Legend has: VTOL Jets.

Valkyrie has been designed around her ability to fly, unlocking unique abilities while skydiving. Using her visor, Valkyrie is able to locate nearby enemies similar to Bloodhound’s Eye of the Allfather ability. It’s not all sunshine and roses, however, as Valkyrie is extremely vulnerable while flying. With the addition of a brand new Bocek bow to the game, players will be looking for any opportunity they can get to snipe any unarmed flying objects.

Learning how to play as Valkyrie will take some time, as her skill ceiling is sky high (pun intended). While she has some fairly obvious downsides if you use her abilities incorrectly, Valkyrie has the potential to earn a top spot on our Apex Legends tier list.

VTOL Jets (passive ability) – Hover in the air using VTOL jets by holding jump for a short period of time.
Missile Swarm (tactical ability) – Fire 12 mini-rockets in a rectangular grid to damage and stun nearby enemies.
Skyward Dive (ultimate ability) – Launch into the air and skydive to a new location. Valkyrie can bring her teammates with her before take off. 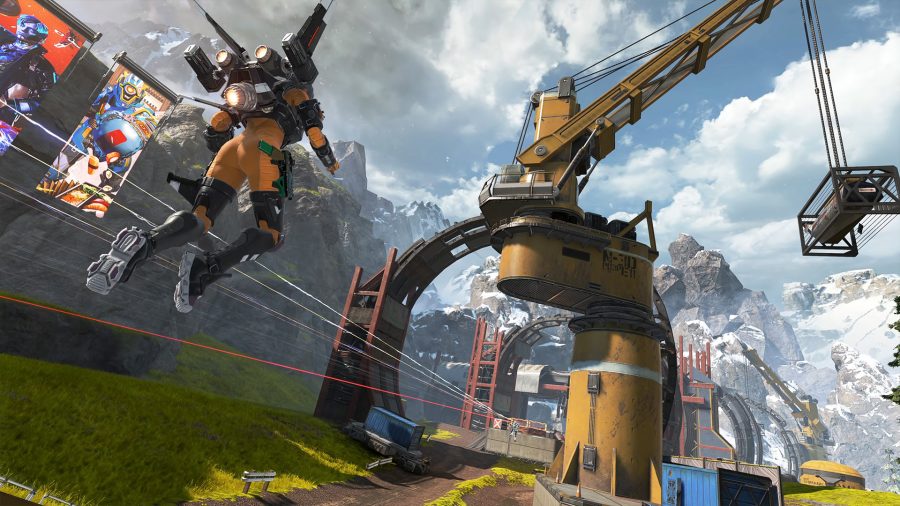 VTOL Jets allow you to temporarily hover in the air, giving you around ten seconds to fly horizontally or vertically. Reactivating the jets at any point while flying costs around one eighth of Valkyrie’s fuel reserves. You can only regenerate fuel while on the ground – if you touch a zipline, fuel regeneration will immediately halt. It takes around ten seconds for Valkyrie’s fuel reserves to completely regenerate. Hovering in place barely uses any fuel, allowing you to stay in the same location if you’re on the lookout for any enemies.

The most important thing to remember when using the VTOL Jets is that you will lose any momentum while the jets are active. This limitation stops Valkyrie from flying around in the air at high speed. Using Valkyrie’s jets after building momentum from sliding down hills or launching off Octane’s jump pad will slow her down drastically.

Unlike Horizon’s Gravity Lift tactical ability, Valkyrie is unable to use any weapons while flying in the air. This makes you a massive target if you’re caught flying around the map with nowhere to go. It’s also worth noting that Valkyrie is unable to sneak up behind players using her jets because they are surprisingly noisy.

Use Valkyrie’s VTOL Jets to access hard to reach locations instead of relying on it as a movement option like Pathfinder, Horizon, or Octane. Keep in mind that Valkyrie is a Recon Legend – be on the lookout for any beacons to reveal the location of the next ring. 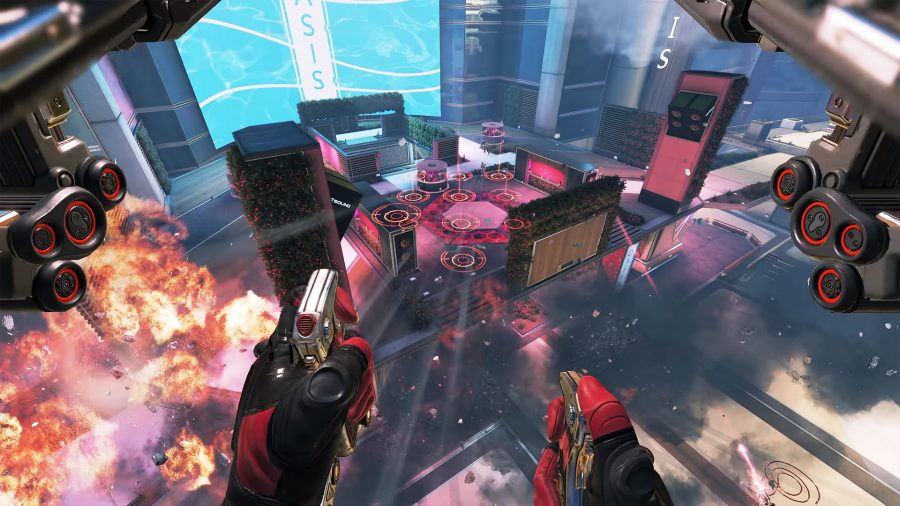 Missile Swarm is Valkyrie’s tactical ability, allowing her to damage and stun nearby enemies. This tactical ability can be used anywhere on the map – anything Valkyrie points at is in danger of being attacked by the rockets. When the rockets explode, they deal anywhere between 25-40 damage, while also causing a stun effect. The cooldown on Missile Swarm lasts 30 seconds, giving you the opportunity to use it several times in long fights.

Valkyrie cannot be punished for activating this ability as she still has full control over weapons when the rockets are fired. You can use this to your advantage when attacking enemies – it’s much easier to land a hit with Missile Swarm than it is to attack using grenades in the middle of a shoot out. Don’t worry about hitting your enemies with multiple rockets as the damage and stun effect only applies once.

It’s important to note that the rockets take around three seconds to hit the target regardless of where they are on the map. Try to fire the rockets slightly ahead of your opponent to ensure they receive damage. While Valkyrie can use this ability while flying in the air using her VTOL Jets, we recommend saving your Missile Swarm for when you get into fights. 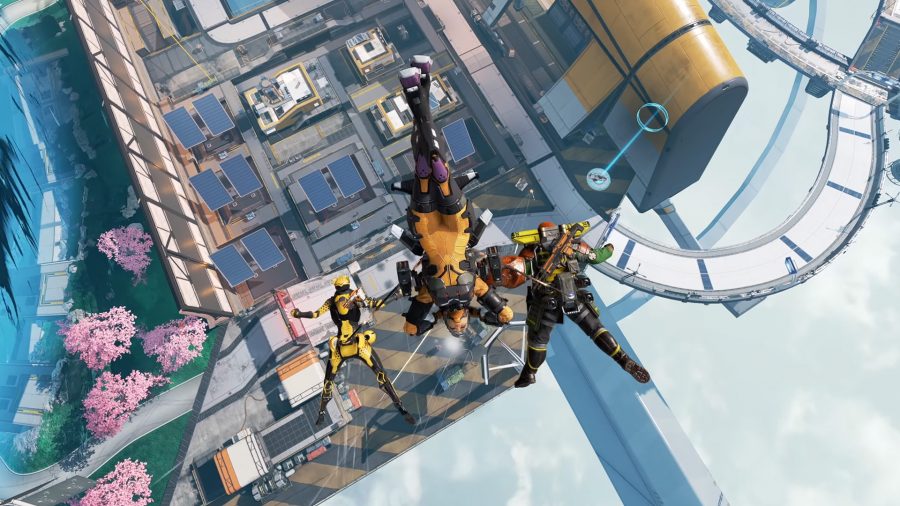 Get the most out of Valkyrie’s Skyward Dive

Skyward Dive allows Valkyrie to reposition her entire squad by flying up into the air and launching to a new location, similar to a redeploy balloon. The main disadvantage to Skyward Dive is the lengthy start up animation which takes three seconds to charge up, in addition to the time it takes to launch into the air. You can cancel out of Skyward Dive before launching, which incurs a 25% penalty from your ultimate timer.

Though this definitely doesn’t sound useful, players spend a long time in the battle royale mode running around from zone to zone. Most of the time, the long start up period won’t be a hindrance as there won’t be other enemy squads around. Valkyrie’s ability to become a mobile redeploy balloon has huge advantages when it comes to looting and finding new enemies.

Speaking of finding new enemies, Valkyrie’s third passive ability allows her to track enemies while skydiving. Valkyrie’s helmet contains a visor that can spot targets from a distance, perfect for establishing which areas are dangerous when deciding where to land. Whether you like to play aggressively or defensively, it’s easy to adjust your game plan depending on how many enemies you’ve spotted.

And that’s all you need to know to play Valkyrie in Apex Legends. There’s definitely going to be a steep learning curve with this character as her abilities are not easy to get to grips with. As time goes on, we’ll start to see players discover locations where Valkyrie excels thanks to her unique VTOL Jets. Also coming to Season 9 is the Bocek Bow, a brand new bow and arrow weapon. Read our Apex Legends weapons tier list to find out exactly how powerful this bow is.