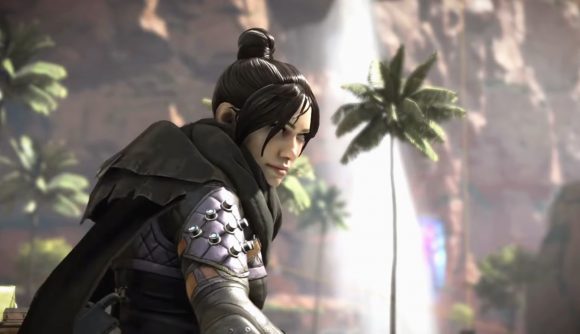 There’s a new Apex Legends update alongside the Aftermarket event, and it adds beta support for cross-play, a new LTM, and makes a selection of notable changes to various legends. But forget all that. Here’s the real news: they’ve gotten rid of Wraith’s Naruto run. Yes, Wraith’s weeby side is getting a whole lot less prominent with this patch.

As of the update, Wraith no longer leans forward and puts her arms out to the sides while sprinting, just like the anime ninjas do. Now she just kinda… runs. Like a normal person. While that change might be a horror to the more casual and meme-loving Apex Legends players out there, the community’s been asking for this specific change for ages.

The Naruto run makes Wraith hunch forward, which effectively makes her shorter, and thus harder to hit. “It doesn’t sound like a lot, but taken together with her already small hitbox, it’s a lot of power”, the devs say in the official update notes.

“This patch, we’re introducing a new set of sprint animations for Wraith. These are much more upright and expose a larger area of her body to gunfire. Now we know her old sprint was iconic and we hate to see it go as well, but we believe this is the best way by far of bringing her in line without having to hit her abilities again.”

Check out some anime games if you need to fill that Naruto-running hole in your hear.