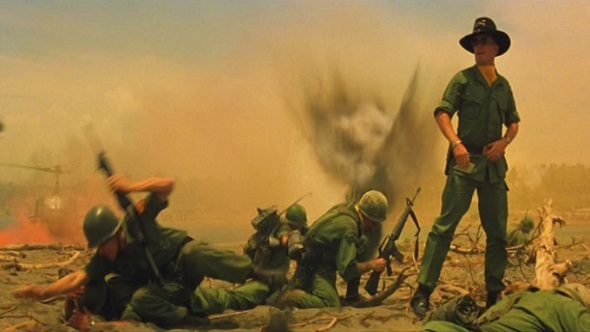 There’s an Apocalypse Now videogame on Kickstarter, and the Vietnam War-based title won’t be an FPS. Instead of landing headshots, it’ll be about the horrors of war.

If it gets funded, that’s another one for the upcoming PC games list.

In the Kickstarter video, one of the developers says, “you can sit on the boat and drop acid, if that’s what you wanna do.”

Apocalypse Now’s videogame adaptation has had thousands of hours of pre-production and also has the full backing of filmmaker Francis Ford Coppola. Obsidian’s Josh Sawyer is also consulting on the game.

“Forty years ago, I set out to make a personal art picture that could hopefully influence generations of viewers for years to come,” said Francis Coppola. “Today, I’m joined by new daredevils, a team who want to make an interactive version of Apocalypse Now, where you are Captain Benjamin Willard amidst the harsh backdrop of the Vietnam War.

“I’ve been watching videogames grow into a meaningful way to tell stories, and I’m excited to explore the possibilities for Apocalypse Now for a new platform and a new generation.”

Its developers say they’ve gone to Kickstarter because they believe traditional publishers will water down their vision, which will be unlike other war games.

“We will create a game that challenges what an interactive experience can be; just as the original motion picture challenged the concept of cinema,” said Montgomery Markland, game director. “We are making a game that we are excited to play. We will deliver a greater variety of experience and interaction than is currently available within the the relatively static industry.”