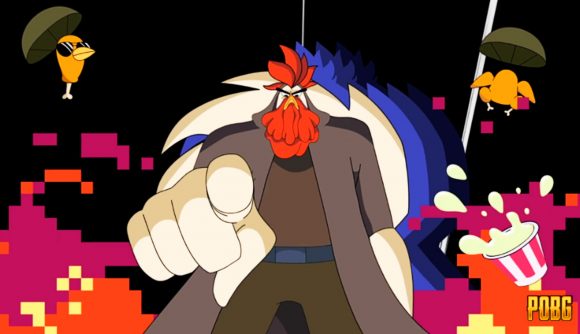 April 1 is a precarious time to be covering the games industry as a news writer. Some studios may throw something out there that could trip you up – boo! – whereas others take advantage of the silliness of the occasion to put out something that’s actually real, pretty neat, or just absurdly daft. I need somewhere to stick these April Fool’s jokes I’m coming across on my usual news hunt – read: scrolling through Twitter and Reddit – so here are some gags and cool modes that we think are pretty neato.

One of the first April Fool’s-related slices of content to catch my eye today was, ahem, POBG. It’s an arcade 2D shooter that you can access in the battle royale’s menu until April 12. So it goes, the chickens of the PUBG universe are tired of all these chicken dinners you’ve been havin’ with the squad. Rather than hear them out, though, we’re taking the fight to PlayerOmnom and his Henerals.

Here’s some, uh, flavour text from the Steam page reveal: “What was the saying? Oh yes. Winner Winner Chicken Dinner. You survivors revel in your victories over each other and still have the gall to drag us into it. Well, no more. You’ve been a pox on us for far too long and the bock stops here. This time, the chickens are the top of the pecking order.”

I also enjoyed all of Blizzard’s japes and gags from the studio’s, ahem, ‘leaked’ press release. We’re getting a sea shanty profession, a fungus-themed dungeon, and more in World of Warcraft Patch 9.0.5.0.5 – I can’t wait!

All your Battlegrounds belong to us.

Special shout out to Alexey Garkushin aka @_Gas13 for giving us the inspiration to develop POBG. pic.twitter.com/4QQfElAtoS

Looking to the future – and the past, kind of – we have Nier Replicant ver.1.22474487139… coming up. It’s a genre-mashing romp from Yoko Taro that features bullet hell segments, hack-and-slash combat, and a deep story that’ll relegate you to your happy place for several weeks once you complete it.

Despite Nier Replicant’s pros, it’s just not Stardew Valley. That’s okay, though, because we’ve got a trailer from Square Enix that shows us what that could look like. I know this is a joke, Square, but I’d quite like to do some boar drifting, so let’s get this going, yeah? The trailer features plenty of fishing, crop tending, and other hallmarks of the ‘slow life’. Check it out below: 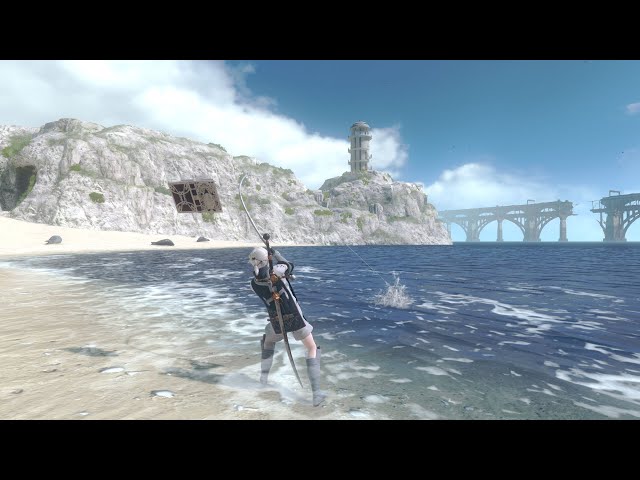 We’re also getting our annual helping of Rainbow is Magic, Siege’s pink, flamboyant spectacular. The event features bedazzled pink skins for all your favourite Siege operators and tasks you with retrieving or defending a chonking big teddy bear. I don’t play heaps of Siege, but I love this event dearly.

Filed under: ‘a joke that’s probably going to be a thing, we think?’, Valorant is getting a dating sim. As a trainee agent, you’re finally getting your chance to build “meaningful relations” with Valorant’s existing heroes. Collect items, go on dates, or save the world – you know, standard dating stuff.

Speaking of Riot, League of Legends gameplay design director Mark Yetter has given us a peep at some changes that are coming to the game. Finally, Teemo can dash.

We've got some pretty cool stuff in the works that I wanted to share.

As always, your feedback is helpful and appreciated. pic.twitter.com/41x742IkpM

Our market research shows that bugs are considered 'creepy' and 'extremely off-putting' so we're rebranding to un-bug our snacks! pic.twitter.com/7dR7aXhsR1

Oh no, Epic what have you done?

The easiest cop in the history of Fortnite 😆 pic.twitter.com/6jvsPHkJ1K

We’ve gotten in on the japes ourselves, too – what are we like! You can read Ian’s very real, not-at-all-silly report on Elden Ring being a “Reddit-based social experiment” or enjoy Damien capturing the moment a crypto miner definitely discovered that Nvidia’s RTX 3080 “plays games, too”.