There’s nothing quite so terrifying as the deep sea. Players who’ve dived into Subnautica know that, but Aquanox, a cult classic series of submarine games, brought the gentle terror of the deep sea to our computers decades earlier. Now, developer Digital Arrow is bringing that spirit back with Aquanox Deep Descent, and making use of modern tech to ensure that underwater action is more believable than ever.

If you’re familiar with six-degrees-of-freedom shooters like Descent, you’ve already got a basic idea of what Aquanox is all about. You pilot a small craft with complete freedom of movement, and have to take on enemy vessels from all directions. The difference with Aquanox is that you’re doing this in the deep sea, rather than deep space.

Aquanox Deep Descent builds on the originals to offer an open-ended submarine shooter, where you can improve and customise your vessel with new gear discovered through mining, trading, or loot drops. You can bring in a few friends to get into four-player co-op, or take your ship into PvP for straight-up deathmatch action against other players.

The aquatic setting creates some unique challenges, as creative director Norbert Varga explains. “First, there’s the difference in vision. Light behaves very differently underwater, filtering out certain lights, as well as limiting how far certain lights can travel. With this, vision is much more impaired in an underwater setting, and this is a factor we use in our world design and overall gameplay quite a lot.”

But the underwater environment affects the way you play the game, too, since the water physics push back on your ship and weapons, as well as the sounds they both create. “Sound and projectile physics are much different to that of a space or air environment,” Varga explains, “which plays a major role in combat in the game. Your weapons have limited range (unless you’re using torpedoes, which have propulsion units of their own), and the sounds correspond to the underwater environment entirely.”

More like this: The best FPS games on PC

Aquanox Deep Descent has been in development for years, and Digital Arrow has made the most of its previous experience with Unreal – the studio used the engine for its debut release, 2012’s inMomentum. “Our prior experience included the entire Unreal pipeline, technical art, shader stuff, overall code architecture, and just general UE workflows – which haven’t changed much since then.” 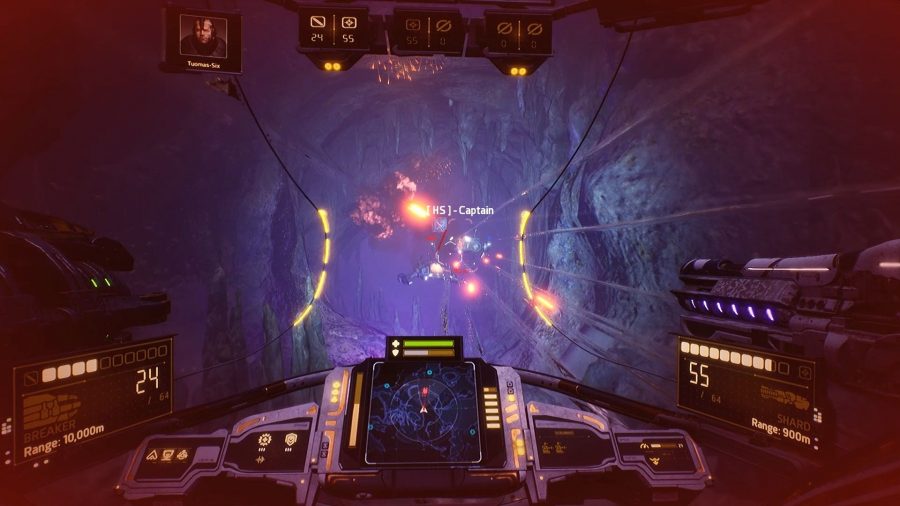 Vargas says that “in the very early phases, while experimenting with the ideas of working on an underwater game, we worked a lot with the UDK. As we moved forward into production, it felt natural to stick with Unreal afterwards, as it supported our workflow in various ways. The art pipeline with the shaders, the blueprints for rapid prototyping, and generally the worldbuilding tools were all things that contributed to our decision to stay with Unreal Engine.”

We wanted to retain the vibe and some of the lore of the old games, but it's not used the same way - it's more of a reimagining

That’s not to say the transition to building Aquanox was perfectly smooth, though. “When we initially started working with Unreal, it wasn’t really suited for large scale worlds with open environments”, Varga says. “It was much better for indoor gameplay. This has since changed over the years, but it was probably our biggest challenge at the time.”

Since then, Unreal has added features like world composition to simplify how developers manage large environments, automated level-of-detail settings to keep distant areas looking nice while maintaining good performance, and other tools which Varga says have “made worldbuilding easier for us.” 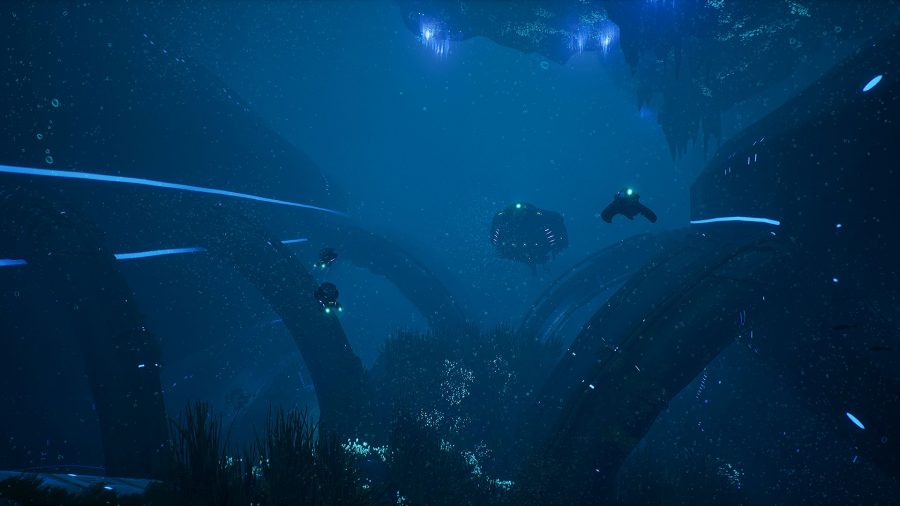 But building a game isn’t just about making big, atmospheric worlds, and Varga says the biggest challenge in designing the systems was figuring out how to balance that atmospheric setting – after all, all the classic submarine fiction is about slow, claustrophobic drama – against fun, fast-paced gameplay. That’s doubly difficult when you’ve got an open-ended game world and customisable player vessels.

“We wanted to create a flexible system for both ships as well as narrative in the game world. We wanted ships that you can put together part by part, as well as quests that we can expand upon with modular components.”

There’s also the problem of Deep Descent’s connection with a series that’s two decades old. Massive Developments’ Archimedean Dynasty launched way back in 1996, spinning into Aquanox in 2001 and Aquanox 2: Revelation in 2003. That legacy presents its own set of challenges. 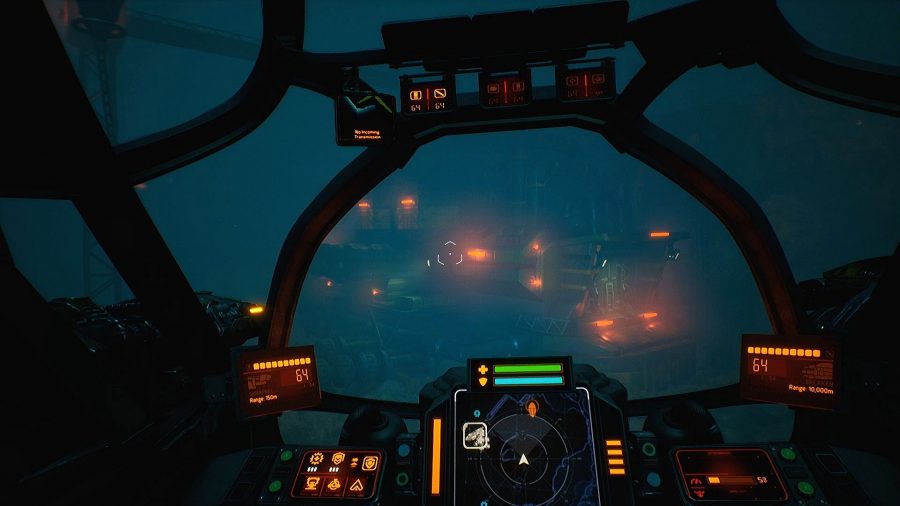 On one side, you’ve got a handful of loyal fans with fond memories of the originals. On the other, you’ve got a much larger pool of people who’ve never heard of Aquanox before. How do you balance those groups? For Digital Arrow, it’s about carrying forward the spirit of the originals while reshaping that spirit into something now.

Related: Check out the best action-adventure games on PC

“We wanted to retain some of the ambiance and vibe, as well as some of the lore of the old games,” Varga says. “However, this was kept to a minimum, and most lore that we’ve kept was not used in the same way as before, so it’s much more of a reimagining. The story is also set prior to the events of the previous games in terms of overall timeline, so it’s definitely not a continuation.”

It’s been a long time since Aquanox Deep Descent first hit Kickstarter, but the classic revival is due for launch on Steam sometime this year. Unreal Engine 4 is now free. Unreal Engine 5 is due to release next year.

In this sponsored series, we’re looking at how game developers are taking advantage of Unreal Engine 4 to create a new generation of PC games. With thanks to Epic Games and Digital Arrow.