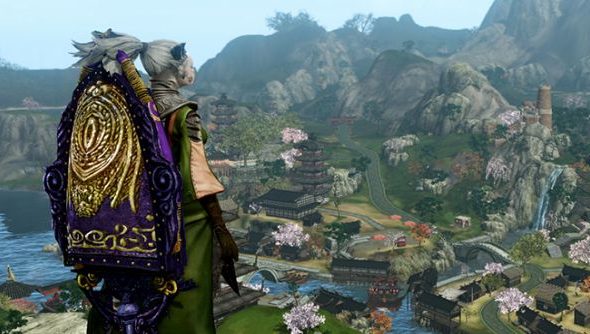 Sandbox MMO ArcheAge has announced a release date at this year’s PAX Prime, planning to launch on September 16th. It’ll be preceded by a four day head start for those eligible, and also a four day open beta so people can try the game out before launch.

The reveal means that the ArcheAge alpha will come to an end, as early as this Sunday. Those inside are told not to feel too down as it won’t be without “due fanfare”.

The date was revealed at Pax Prime in Seattle during an ArcheAge presentation:

“Our road to launch starts with Open Beta commencing on Thursday, September 4 at 10:00 AM PDT and run to the same time on Monday, September 8. Open Beta will be available to all new and veteran players with no invitation required. If you’ve played during Closed Beta, your character will be waiting for you and your timers on crops and taxes will pick up right where they left off.

“Following Open Beta, we will be wiping all servers in preparation for ArcheAge’s Head Start, a four-day advance play window granted to all Founders. Head Start starts on Friday, September 12 at 10:00 AM PDT and culminates with ArcheAge’s official launch. All progress from Head Start will carry over to launch.”

Those playing in the Alpha will be sad to hear that the servers will be shutting up shop on Sunday, but there’s something planned to celebrate the closure. “It’s important to note that this announcement does mark the end of Alpha.” said Trion. “The Alpha and Omega servers will be permanently brought down Sunday, August 31 at 12:00 AM, but not without due fanfare. Starting this Saturday at 6:00 PM PDT, our diligent Alpha testers should check their in-game mail, keep a weather eye on the horizon, and be ready for anything…”

Somes rather ominous to me. Will you be playing ArcheAge come launch?