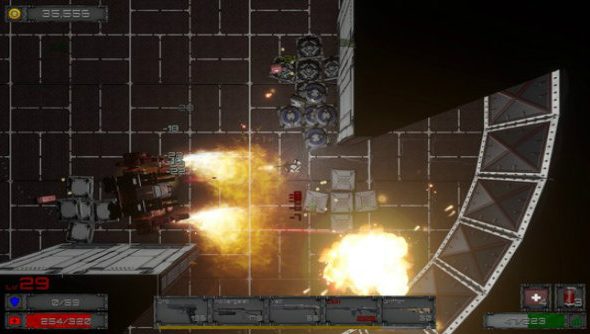 If you’re in the mood for some retro, top-down shooting action, Ares Omega might scratch that shooty itch. A robot rebellion has taken place at a remote military base on Mars and you have to take the base back by strafing, shooting and dancing between streams of bullet death.

If you’re in the mood for some more retro goodness, why not try the games in our list of PC’s best indie games.

Described as a top-down rogue-lite shooter, Ares Omega will take you through procedurally generated levels, unlocking 45 skills across three skill trees, and using 50 weapons to turn your mechanised foes into scrap.

It’s taking the Rogue Legacy approach to permadeath and you’ll be able to equip your character with new gear when you die, so each attempt to beat the game’s four bosses will be slightly easier.

Have a watch of the launch trailer: