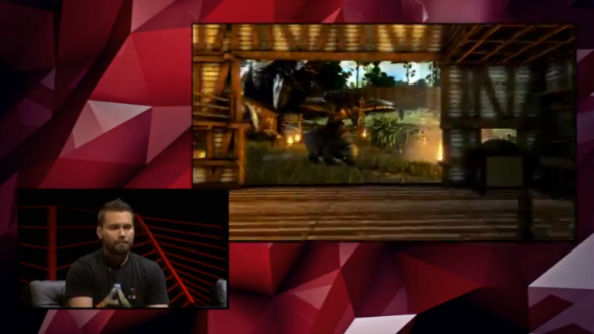 ARK’s getting in on the E3 party with three new trailers announcing all kinds of new content. And I do mean all kinds: the biggest ever dino, upon which you can build massive bases, a new mode that lets you play as any creature on the island, Primitive+ mode which lets you role-play and live off the land… it’s a feature-rich game, this one.

Here’s some footage showing off the Redwood Biome, a new area featuring that new dino:

And finally, Primal Survival mode, in which you play as a frog. Or a shark. Or a dino. Or a bird. Or any living thing in the entire ecosystem:

A lot of ARK’s most exciting content began as user-created mods, and Studio Wildcard have taken the stance of rolling that content back into the official version for a long time now.