“Hey, do you want a drink?” I ask over voice chat, spotting a potential customer lurking outside my base. They react at first with an air of suspicion. I drop an item on the beach and they walk back and forth, mousing over it cautiously. “No thanks,” they eventually reply. Then, before I can say another word, they’re off again, mounting a nearby Quetz and escaping over the jagged cliffs. Not exactly the reaction I would have hoped for.

I’ve become caught up in somewhat of a predicament of late. Gazing at the contents of my base, any experienced Ark: Survival Evolved player will immediately spot where I’ve gone wrong.

All across the separate floors of my house, there is beer barrel after beer barrel, making my base look less like a cosy homestead and more like the basement of your average pub on matchday. Accidentally, I’ve become the owner of my very own micro-brewery, and worse yet, getting rid of the stuff is like asking someone if my pet can take a dino-sized dump on their lawn. Let’s just say they aren’t exactly biting my hands off for the opportunity.

So, how did I end up in this situation? Well, it all started with my dream of taming the Chalicotherium – a large herbivore that looks like an odd mixture between a gorilla, a dog, and a horse. The creature packs a ferocious punch, throws faeces at its enemies, can gather berries quickly, and can even be taught to sit to impress your neighbours.

The only way to tame the creature is passively with the aid of alcohol, which means you have to invest a lot of time and resources into crafting a beer barrel (500 wood, 80 metal ingots, and 100 cementing paste), a glass jar (seven cementing paste, five hide, two crystal each), and collecting enough berries, thatch, and water to ferment. 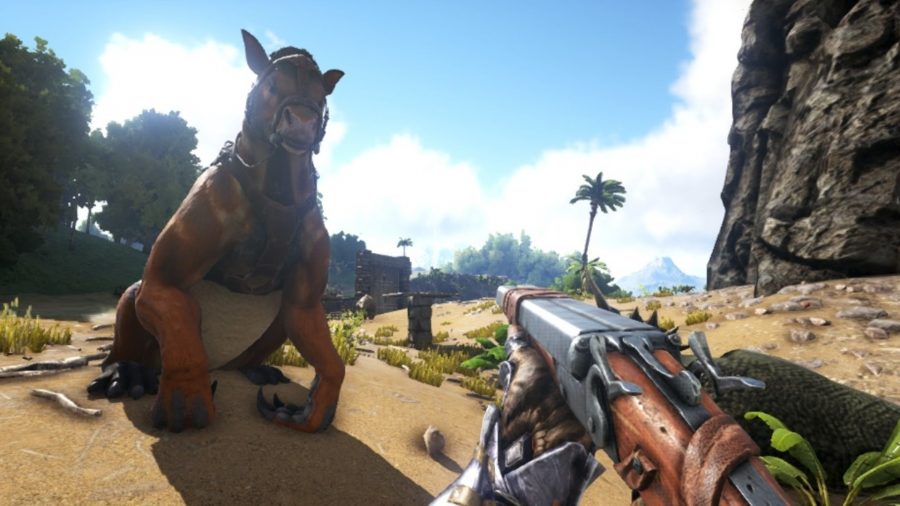 Then you need to wait up to a further six hours for a single unit of beer to be created on official servers. In order to speed things up, I made several casks.

Primitive Plus is a total conversion DLC for Ark: Survival Evolved that expands the food and drink options, alongside refocusing the game on the more primitive elements. Here you can craft mead, in addition to wheat beer and wine, letting you experiment more with the fermentation process and create your favourite tipple.

And now having finally tamed the creature – albeit getting my ass kicked several times in the process – I’m equipped with enough alcohol to cater for a significant area of Greater Manchester, but with none of the interest.

I’ve tried palming it off on neighbours, giving it to new players on the server, and offering it to those who want their own weird prehistoric dog to ride about on. But, so far, I’ve had no luck.

The problem is that there isn’t that much you can do with alcohol in the game, besides taming the Chalicotherium. Drinking it produces a bunch of different buffs, such as increasing your resistance to cold and resilience to damage, but it also rapidly drains your stamina and reduces your vision. Which means players will usually stay away if you offer them a pint as a symbol of good will. 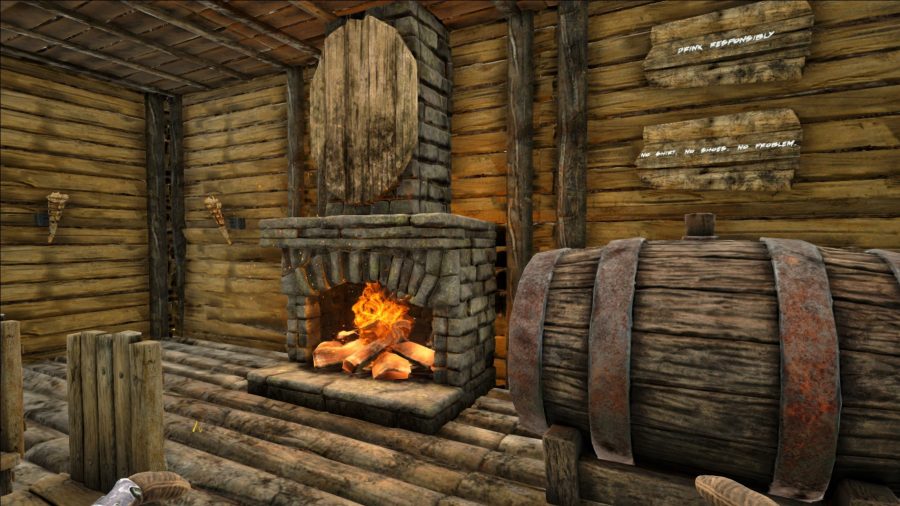 Whereas, elsewhere, in PvP, where the item might actually be of some use, there are other more cost-effective and time-saving ways to incapacitate a player. Ones that don’t involve going through the trouble of transforming your base into a still and forcing a drink down people’s throats.

In a way, beer in Ark highlights a much wider design fault you see across a lot of survival games, where unnecessary mechanics are introduced into the progression system and then abandoned prematurely. 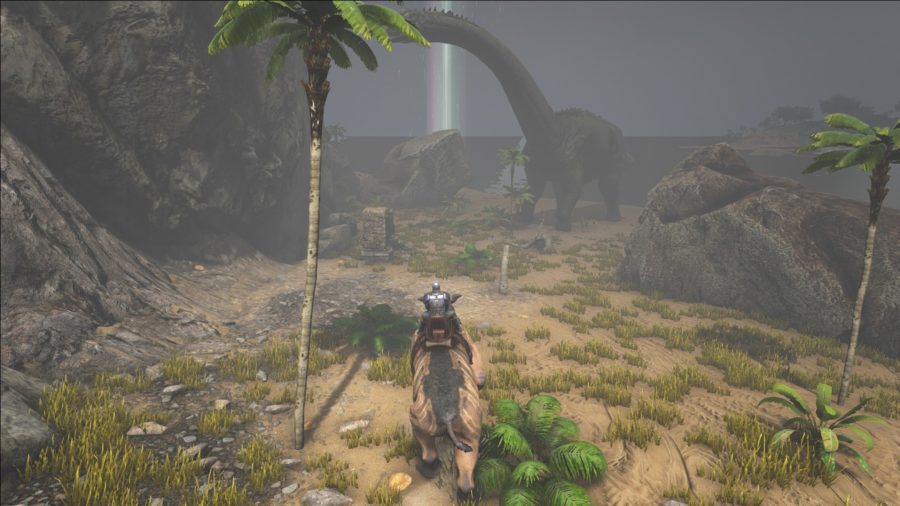 You may think that beer would become an important component of a recipe further down the line – warranting keeping a barrel or two around at the very least to continue production – but you’d be wrong. Once it has served its purpose, it just becomes another piece of worthless furniture, which players will have to demolish when it comes time to make room for more important machinery.

Read more: Check our our list of the best survival games on PC

Now surrounded by cask after cask, I’m left wondering about its potential applications and some of the wasted opportunities. It seems like beer could have made a great alternative fuel source for machinery somewhere down the line, or an excellent ingredient for more involved recipes – which do exist elsewhere in the total conversion DLC Primitive Plus.

As it stands, there isn’t much I can do at the moment, besides get blackout drunk, try to drum up business for my ailing venture, or demolish the lot.