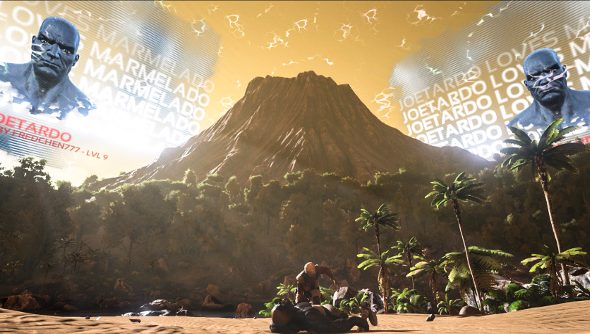 There’s a lot going on in the dinosaur-infested world of Ark: Survival Evolved today. A new game mode, updated development kit and a modding contest should keep anyone surviving in the lizard’s paradise quite busy.

Studio Wildcard opened up Ark to modders a while back, partnering with Epic Games to give players access to the Unreal Engine 4 tools and resources that the game was built with. Now you’ll be able to get your hands on a “streamlined” version of the UE4 editor, which you can download here.

“The updated tools will include everything in the game thus far,” say the devs, “as well as provide the players with the own ability to make their own changes, introduce their own weapons, creatures and items into their own version of ARK!”

If you’ve yet to dip your toes into modding Ark, here’s a handy tutorial.

With this mod update also comes a way to show off your skills. Wildcard and Alienware are hosting a modding contest. Your entry could be an item, a building or a whole island — whatever you want to make using the Ark development tools.

Here’s what you can win:

Last but not least is a new game mode: Survival of the Fittest. It was announced a few weeks ago and was first shown off at the start of the month on Twitch. If you didn’t catch it, here are the deets: the mode was built using the mod tools you’ll be able to use yourself, and pits players against each other in an increasingly tense arena match which shrinks over time, forcing players to rub up against each other and, inevitably, kill each other.

Modders will get access to the Survival of the Fittest source content, so they’ll be able to see how it was put together and maybe get inspired to create their own total conversion mod.

Looks like it’s going to be an eventful weekend.