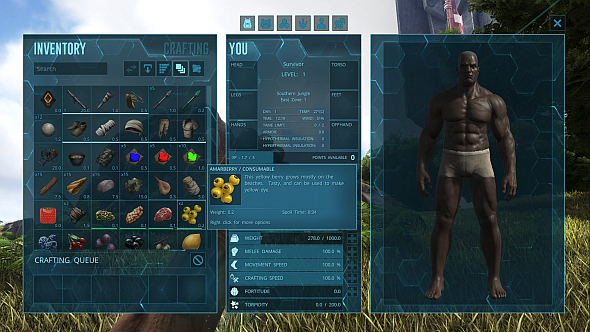 Dino-taming survival game Ark: Survival Evolved is getting a new patch this coming Thursday. Among the new features it’ll bring are a “total inventory menu redesign”, aquatic and amphibious creature breeding, plus a number of new dinosaurs and structures.

Ark won the hotly-contested category of ‘best dinosaur survival game’ on our list of the best survival games on PC.

The patch will also add four new ‘dinos’, only one of which (iguanodon) is technically a dinosaur. Equus is a prehistoric horse, ichthyornisis a seabird, and leedsichthysis a giant fish, which will tie nicely into the game’s expansion into the seas.

And on that note, the patch will also add aquatic and amphibious creature breeding, plus underwater bases, which will be “real game changers” according to Stieglitz.

You can check the patch notes in full over on the game’s Steam community page. The patch goes live on Thursday, March 30.