Playing in-development games is part of the natural PC landscape these days. Take a browse through Steam’s catalogue and you’ll encounter endless Early Access titles: games allowing you to pay and play now, but in environments that are far from finished. Many of these games seem to emerge and fade into obscurity within a few weeks, but others have such staying power they become the stalwarts of Steam’s Top Sellers list.

ARK. Rust. DayZ. All games that found their way to the top of that list and stayed there for vast stretches of time. We’re talking games that can regularly have around 30,000 players at any one time, and have peaked at the heights of nearly 85,000. Notably they’re all games a long way from being finished, but still bustling ports for players. What have the developers of these games done to ensure such a response? Just how do you succeed in Steam Early Access? We’ve spoken to the teams behind some of these huge hits to find out the answers – read on to make your millions…

Step 1: Be prepared for the long haul 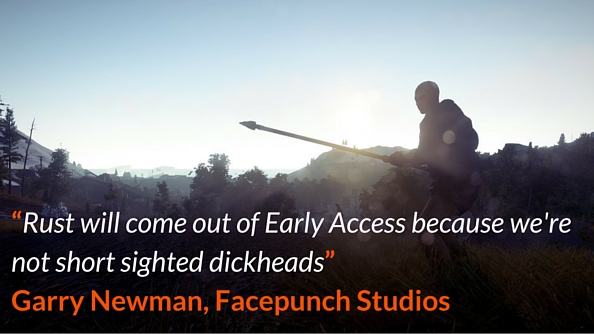 Creating a game is a long and challenging process, and Early Access comes with an added layer of stress thanks to requiring players, sales, and feedback for it to succeed. You need to be fully prepared to take the journey before taking one step towards Steam. “You need to think of the financials. Don’t start an EA game and then give it up when it isn’t making enough money or getting enough players,” explains Garry Newman, founder of Rust developer Facepunch Studios.

“Early Access isn’t a funding model, it should be a way to get early feedback from, potential customers. If you release and no-one cares or everyone hates it then figure out why and change it into something people like. Even if that means changing it significantly in ways the audience don’t understand.”​

Being on Early Access can be a tough business, reveals Newman, and you need to be mentally prepared for it. “When the initial buzz dies down and everyone is posting about how your game has failed, how you should have done everything differently, how you’re the laziest bunch of developers, how you cheated them out of their money with empty promises, you need to be able to block all that out and put the work in every day, to get the game where you want it to be,” he explains.

It’s not just the audience feedback that can be gruelling, but also the very different angle of approach that must be taken to game development. “It has not been easy. I don’t think anyone here knew what to expect giving consumers access to the title 3 months into principal development,” says DayZ lead producer Brian Hicks. “We’ve had to fluctuate, change priorities, and address issues in the steam branch that normally would be nowhere near a priority at the current phase of development.”

There is an upshot to dealing with the stresses of the system, though. “I’m convinced however, that Early Access has and will allow us to shape a better title, through the participation of active members of our community feedback tracker,” enthuses Hicks.

Step 2: Have a unique idea 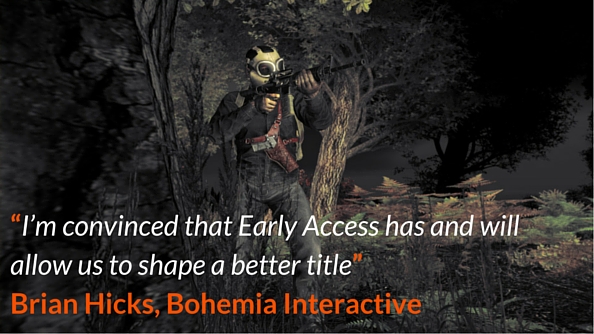 To break through player negativity and apathy, you need to have a strong base set of ideas that will keep people interested, both in buying the game and continuing to play it. That’s something Square Enix have found with their vampire arena game, Nosgoth. “It remains, to this day, very different from anything else out there, and that’s what’s drawn players into the game during Early Access and kept some of them playing for hundreds of hours,” explains Trevor Burrows, live game manager at Square Enix.

Jacob Andersen, game director at Retro-Moto, discovered a similar thing when developing a World War II shooter: “Heroes & Generals is a unique game that offers an experience no other war game offers. We fulfill a demand for a combined-arms WWII shooter in which players fight against each other on large scale battlefields, where your actions actually affects the war on a strategic level,” he explains. “As we saw our community grow steadily, and the fact that we are the only WWII MMOFPS game out there, it made it clear to us that World War II was, and will be, an evergreen genre.”

Step 3: Foster a community that loves to stream 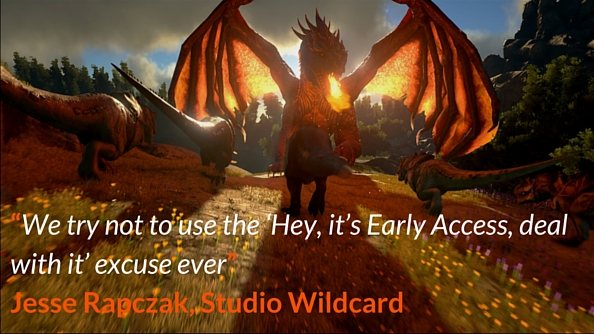 Building a community continually through the entire Early Access period is crucial: if interest collapses, you’re doomed. That interest can be kept fresh and alive through regular updates. “Valve have this approach where they do a big update every eight weeks,” explains Freejam’s Mark Simmons, game director on Robocraft. “They build up to the [update] launch with the community, get them excited by gradually leaking information about the update during the build up. Their philosophy is by doing that you triggered a bigger spike when the launch happens.”

The power of video and online streamers is something ARK developer Studio Wildcard knows all about. “When we first launched, we really wanted the Twitch community to have a crack at playing and presenting the game before it launched. I think it was a really good opportunity for the streamers to latch onto a highly anticipated title and be the ones to deliver the message of this game that was coming to the world the following day,” explains Jesse Rapczak, Studio Wildcard’s co-founder. 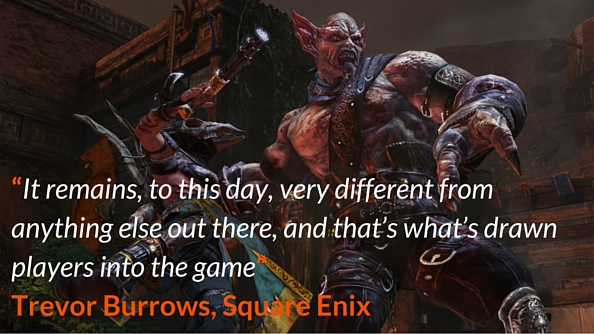 “We’ve found a lot of value in that relationship. We’ve implemented so many things, gotten so much feedback and fixed so many bugs thanks to the streaming community. And it’s not just the streamers, it’s their fans and their viewers who are suggesting things,” Rapczak adds. “It’s part of this big vehicle of our Early Access methodology of paying attention to the community. Streamers are the liaison between us and this vast group of fans out there that we may or may not otherwise reach.”

If there’s one studio who knows about the power of streaming, it’s Bohemia. DayZ was one of the original Early Access survival games, and set the blueprints for how to make the model a success. According to Hicks, the secret to getting your game streamed lies not in trying to find a Twitch audience, but in making the game great in the first place. “I feel that the key in this day and age to a truly successful title that has a long tail is creating a world in which the user has experiences and stories that they want to share with their friends,” he divulges.

“Word of mouth goes a long way. It worked for the DayZ Mod, and it has more than worked for us. The type of emergent gameplay that occurs within DayZ naturally lends itself to stories that players want to share, be it through word of mouth, Twitch streams, or YouTube videos.”

While you can’t force the genesis of a community, when it appears it is important to care for it. “We’ve done our best to foster this community, be it through sharing outstanding content via our weekly and bi weekly status reports, participating in user created events, and reaching out to our content creators and their fan bases at consumer trade shows such as PAX,” says Hicks. 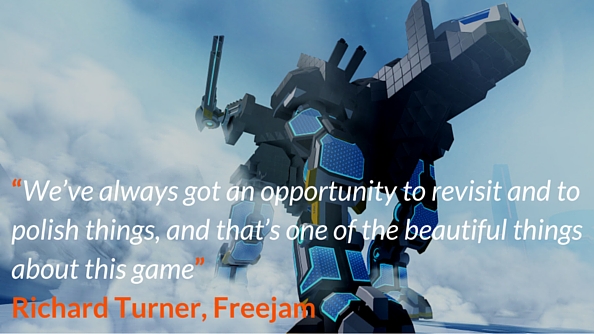 As important as community is, players will only stay with your game if there’s notable development. This is Early Access after all: players have paid you money with the understanding that the small seedling you have will grow into a full game. Not only is new content great for players, but it’s the only way to grow into a release.

Updates not only give players new things to do, but they’re a chance to experiment with your features and see what sticks. “We’re still under the label of alpha and it’s given us an opportunity to restructure the game several times during its development,” explains Robocraft’s art director Richard Turner. “We’ve always got an opportunity to revisit and to polish things, and that’s one of the beautiful things about this game.”

If you can, it’s always wise to try and have a schedule you can adhere to, so players know exactly when to expect new content. “The most basic approach is to have a production schedule that we intend to stick to,” says Rapczak of Studio Wildcard’s approach to ARK. “During this time we’re implementing stuff very quickly. One of the things about Early Access is that a game can change a lot over the course of a week. I think the type of people who buy into Early Access have been pretty satisfied with the way we communicate very consistently, very openly, with the player base. Telling them the things that we’re changing, telling them why.” 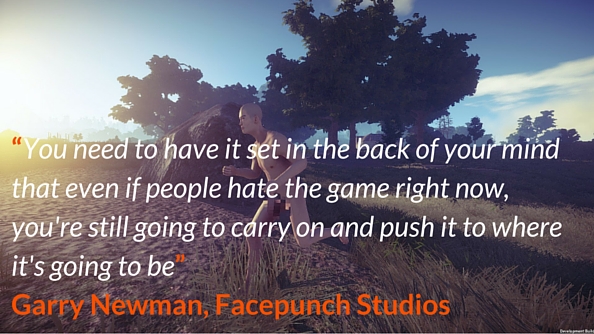 These days buying into Early Access games can be seen as a bit of a risk. That’s thanks to horror stories of games appearing on the service and their development team disappearing before the game is even halfway finished. To succeed, you need to inspire confidence in potential buyers. For studios like Bohemia, prestige has certainly helped: “Bohemia Interactive is a known factor in the PC Gaming community, and having that established reputation and its experienced people and resources at our disposal meant to us that DayZ fell less into a “small indie Early Access title” trope, and more so into the next big game from Bohemia Interactive, with the option to gain access years before you normally would,” explains Hicks.

Square Enix point to the fact that Nosgoth was already heavily developed before it adopted the Early Access method, which meant it could already demonstrate its value. “Nosgoth was already in an advanced stage of development by the time it went into Early Access and that’s important as your game needs to be in a good state if you are going to let players spend money in the game,” notes Burrows.

For smaller companies like Studio Wildcard, making sure they’re transparent with development and continually active helps create confidence in players. “The team never goes dark. People are always gonna complain about something. Usually our complaint is, ‘Hey, we haven’t heard from you in eight hours – what’s happening?’ And Holding ourselves accountable when we do mess up,” says Rapczak.

He also notes that you can never fall back on the game being Early Access as a get-out-of-jail-free card. “We try not to use the ‘Hey, it’s Early Access, deal with it’ excuse ever. We would lose so many players because of the Early Access excuse.”

With Rust, Newman knows that the future of his studio lies in the game being a success, and so it’s important that they get Early Access right. “​It’s a reputation thing. Do we want Facepunch to be a company that goes for the quick buck and lets their customers down, or do we want to still be making games in another 10 years?​” he says.

He does have a more eloquent way of putting it, though.

“Rust will come out of Early Access because we’re not short sighted dickheads.”