Did you know? ARK: Survival Evolved’s co-creative director worked on Hololens. There isn’t much linking the two: you won’t find any holographic mirages in ARK, and there are no rideable stegosauruses in augmented reality. No announced stegosauruses, anyway. But nonetheless, Jesse Rapczak finds himself drawing on his last project while pushing ARK through Early Access – pulling from lessons learned about wrestling with new hardware and “prototyping new things that didn’t exist”.

“That mindset of how a team might work quickly and creatively in an unknown space even applies to standard game design,” he says. “That’s what I took away from my time at Microsoft.”

From recreating Halo to rideable Dodos: these are the best ARK: Survival Evolved mods.

For ARK, Studio Wildcard partnered with Epic to use Unreal Engine 4. When development started a year ago, they were a new studio, working with a new engine, on a 48 square kilometre prehistory simulator. The task ahead was monumental, but they were standing on the shoulders of games industry giants. Or brontosauruses, if you prefer. 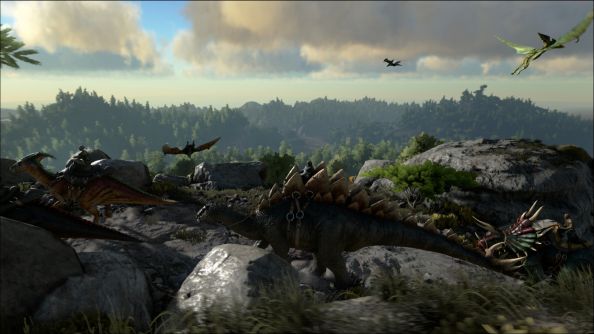 “While from the outside it seems like it’s out of nowhere, from the inside, we all know each other, we’ve all worked together for years and years and years, and the partners we have at places like Epic and Microsoft are all part of our internal networks,” explains Rapczak.

“We’re pretty familiar not just with the engine and the technology, but even the people there. It’s a small industry still.”

If you find yourself making mods for a future Unreal game, you might have Wildcard to thank for the tools. ARK was the first Unreal 4 project outside of Epic to be designed with modding in mind, and the two companies developed a simplified editor and mod distribution system together – as well as a pipeline for future developers to exploit.

Rapczak thinks that might be why ARK has attracted such a high calibre of community reworks since it launched on Early Access in June. Its modders aren’t exclusively enthusiastic amateurs, but also industry hopefuls looking to test their ideas in Unreal. Some mods, like angled roofs, have since been incorporated into the game proper. 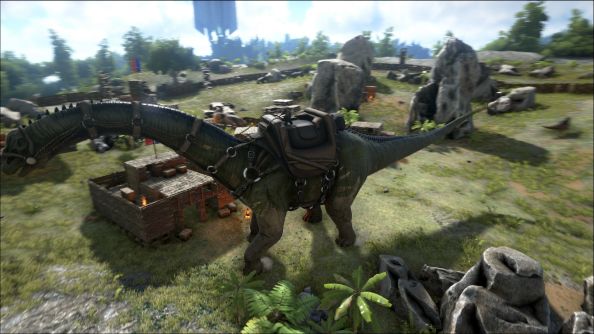 When Rapczak says that Studio Wildcard are familiar with Unreal, he means that senior staff have been using it for the better part of a decade. But the challenge with ARK lies in avoiding the temptation to play with all of Unreal 4’s shiny new tools. The team have been able to churn out Steam updates only by pinpointing what’s important and ignoring, for the time being, the peripheral polish that would gobble up time and manpower.

“Anybody with a critical eye could go through and see how maybe our animation systems could be better, or we could have better particles and VFX around our environments, or our shaders and could be better,” admits Rapczak.

“We found success in focusing on something that feels and looks pretty good and has a great immersive experience first. Then when we’ve got all that stuff out of the way, we’re gonna go back and polish.” 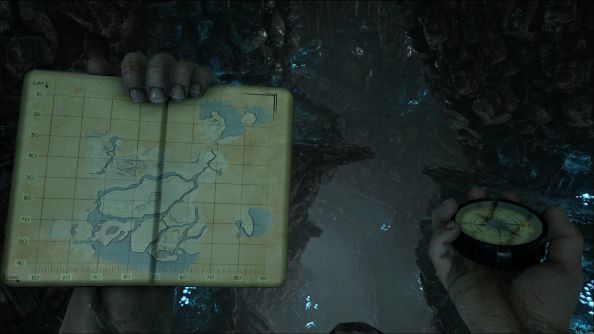 Boy, have Studio Wildcard found success. They didn’t have enough servers ready at launch to support the weight (there are now 550, plus community servers, carrying almost 40,000 players). And ARK is a steady fixture of Steam’s top ten most played list – something Rapczak attributes in part to its formula of “adventure mixed with Minecraft mixed with The Sims”.

While minimalism can be a virtue when applied to something like Skyshine’s Bedlam, ARK is unashamedly maximalist. Survival isn’t the goal, but merely the baseline of your ambitions in base-building and beast-taming.

“We always knew dinosaurs – riding dinosaurs – would really attract people,” says Rapczak. “But it’s the gateway to everything you can do in the game. You could make a pie chart of the different ways people are playing. You just see the playerbase taking the game and running with it in all directions.” 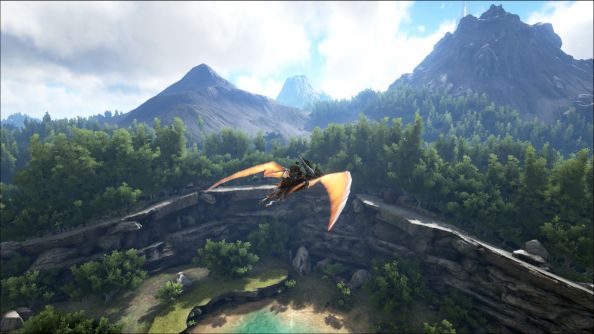 Players are wearing modded hairstyles, and decorating Primitive Mode with community-made furniture. They’re organising Survival of the Fittest tournaments, and roleplay groups are springing up. Which begs a question about the future: where exactly are Wildcard headed with ARK’s sci-fi story?

“It’s not just a prehistoric game about dinosaurs and man,” reveals Rapczak. “We actually have a cool universe that we’re building. If it’s any indication that people like the gameplay that we’ve created, I think they’ll like our lore and backstory just as much. What you see in the game now is just kind of a hint, but we do have a lot more coming in our endgame content that we’re shipping in the next few months.”

In this sponsored series, we’re looking at how game developers are taking advantage of Unreal Engine 4 to create a new generation of PC games. With thanks to Epic Games and Studio Wildcard.