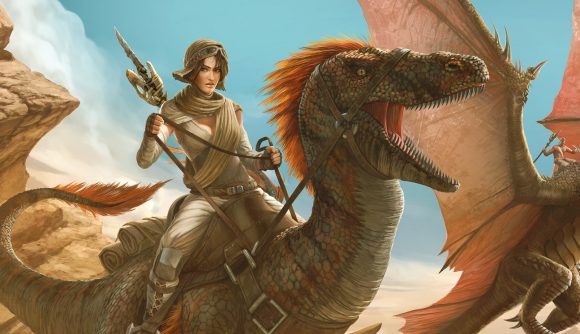 After all these years, Ark: Survival Evolved continues to be going strong – and, in fact, it’s going more strongly than ever. The Ark: Survival Evolved player count on Steam hit a new all-time record in early March, and for weeks it’s continued to chart at double its usual numbers. It seems there are a wide variety of factors at work here, but Ark players are coming back in a big way right now.

Ark’s new concurrent player count peak was set on Sunday, March 8, with 157,400 players, as SteamDB shows. The previous record dates all the way back to November 11, 2018, at 106,478 players – and that record came during the duration of a free weekend event. Since then, Ark’s daily peaks have hovered between 50k and 80k, but now the game’s had entire month’s worth of peaks above 100k.

Player counts began to rise in late February, following the launch of the Ark: Genesis expansion, and continued to rise through another free weekend event that concluded on March 2. That event set an initial new player record of 153k, though it wasn’t until a week later – after the promotion had ended – that the current player peak was reached.

Ark’s peak also comes one week before widespread quarantine measures led to Steam reaching 20 million users for the first time, and two weeks before it set another record at 22 million users.

Ark’s also currently on sale through Steam, so Studio Wildcard clearly wants to keep the momentum going. Check out some more of the best survival games if you’re looking to scratch that same itch.