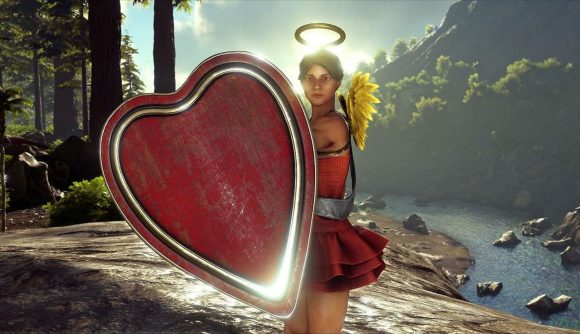 “Love is in the air!” Ark: Survival Evolved developer Studio Wildcard has announced on the action-adventure game’s site. And, indeed, Valentine’s celebrations come to the title in a few days’ time, with a week-long Love Evolved 2 event that brings a bunch of new content to the game.

As detailed on the survival game’s latest ‘Community Crunch’ blog post, Love Evolved 2 kicks off on February 11 and runs until February 18. The new activity coming with the festival hinges on catching some “amorous fish” (yes, you read that right) – a special Valentine’s variety of Coelacanth will be popping up, and if you reel them in, you’ll “be showered in candies, chocolates, and even chibi pets!”, as the devs announce. Additionally, mating can also randomly drop chocolates and candies. Sweet.

Rates get increased throughout the week-long event, with triple for breeding (mating interval, egg hatch speed, and maturation), as well as taming, player XP, and harvesting. Additionally, there’s a batch of new cosmetic content coming with Love Evolved 2, too.

New skins include Valentine’s-inspired shield and sunglasses skins, while others – some ‘Cupid couture’ and other similar offerings – make a return. Items coming with the festival include the box o’ chocolates and Valentine’s dino candy, while the flirty emote, and five brand-new chibis – Crystal Wyvern, Mesopithecus, Otter, Enforcer, Velonasaur – also hit the game later this week. 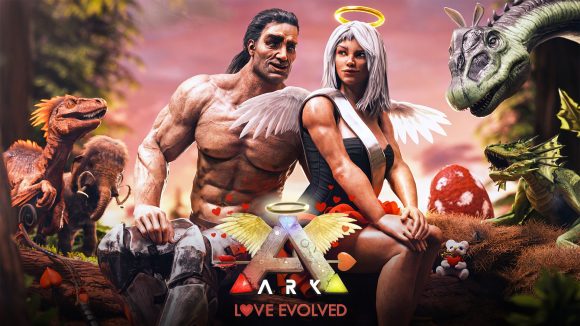 For more information on what the event holds – as well as an update on what happened in the world of Ark: SE over the past week (as part of the game’s brand-new ‘Last Week in Ark’ community feature – head to the post here.