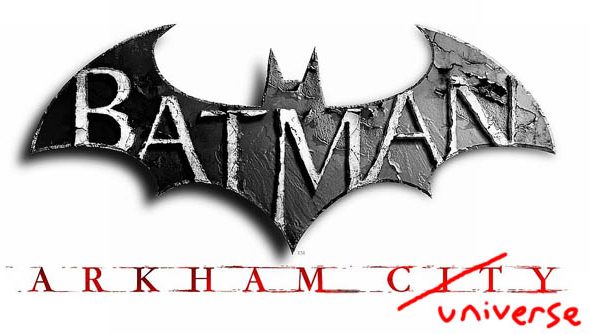 Warning: the following warning will feature a reference that is both severely out of date and not particularly witty.

Warning: the following post features more speculation than the 2003 Friends-con panel entitled ‘Ross & Rachel: Will they, won’t they?

Considering the heavy use of the word ‘Arkham’ the next stage of speculation based on scant evidence would lead to the conclusion that it will be another game from Rocksteady.

Even more speculation based off the previous two tiers of mounting guesswork is that the word ‘Universe’ means that we can expect an even more open addition to the series.

More (assertions based on little definitive material) below.

Each of the domains were registered by brand protection company MarkMonitor on 10 January. Warner are just one of the companies that’s used MarkMonitor in the past, though being the only known client that owns the Batman license doesn’t exactly keep their identity hidden (not that this is a definitive fact or anything).

As Fusible make clear in their own post, Warner may just be registering the domains so no one else snaffles them up.

According to Joystiq, the next Rocksteady Batman game is due to be set in The Silver Age or the black-caped man mountain.