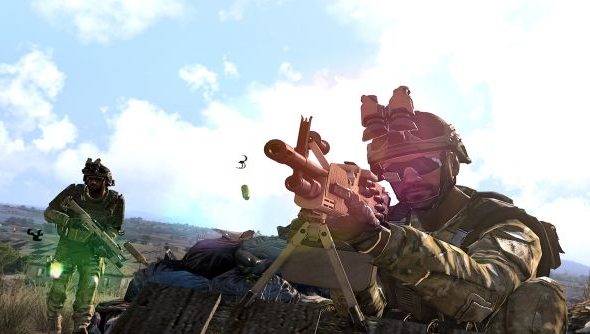 Fancy being shot in the head by a man lying in some grass on a hill half a mile away, while all around you a luscious and richly simulated environment plays host to the most meticulously rendered military simulation currently known to PC gaming?

Of course you do, which is why you’ll probably appreciate that Arma 3 will be free on Steam all weekend. You can download it now and begin being shot in the head to your bullet-riddled heart’s content.

The free trial runs until Sunday.

Over the weekend, Bohemia is also discounting Arma 3 alongside a number of other titles. The army sim is enjoying a 50% price drop, while DayZ and Take on Mars have had a little off the top too.

You might as well peruse the rest of Bohemia’s output. There’s something called Pat & Mat in there, which stars “the very same Pat and Mat you know from your TV”. Pat & Mat! Who could forget?

You can browse the full Bohemia sale on Steam right here.