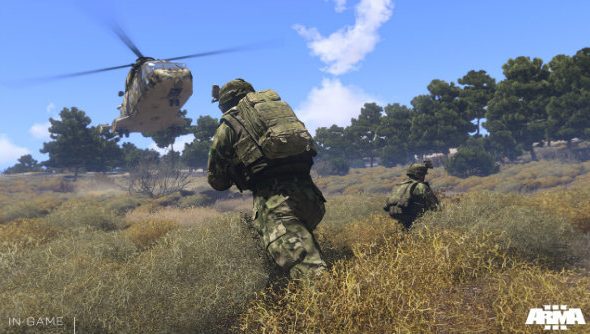 For the past ten years, scenarios in the series have been created using a 2D editor, but the 3D editor looks to allow people to more easily create more exciting scenarios. A video has been released of a recorded livestream showing off its ease of use and functionalities. 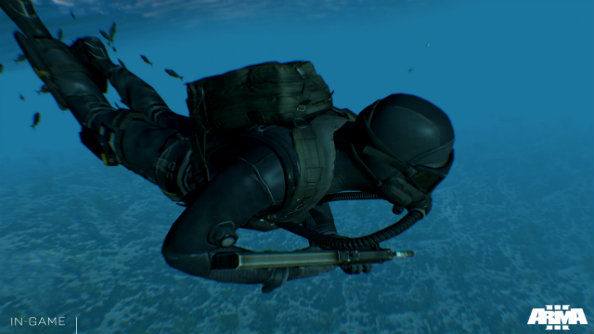 On the right hand side of the workspace you can look through all the game’s assets – vehicles, characters, weapons, buildings, etc – and plonk them anywhere in the world with a mouse click. There’s also full search functionality. Additionally, the editor will recognise any mods, so if someone has created some original content you want in your scenario, you can just download that and stick it in your mission.

On the left there’s a terrain locator which lets you teleport to a certain area on the massive map with a click. You can also bookmark locations, so if you see the perfect spot for a tense sniper standoff while you’re busy creating something else, you could bookmark it and come back to it another time. It looks versatile and intuitive.

Check out the lengthy livestream:

To participate in the Eden Editor Public Beta, you need to switch to the Arma 3 Dev-Branch on Steam. To do this, right-click on the Arma 3 app in the Steam Library, go to properties, select the BETAS tab, and then use the drop-down menu to select the Arma 3 development build. After a quick update it will be active.

“Players switching to Dev-Branch should be aware, however, that this build of Arma 3 will be updated every day to test freshest developments, fixes, and additions,” says the press release. “It is an experimental and largely untested version of Arma 3, which contains data directly from individual team members as they work. Sometimes a part of this version can be completely broken.” Find out more on Arma 3’s official site.

The editor will come to everyone for free in early 2016, as part of a future update.