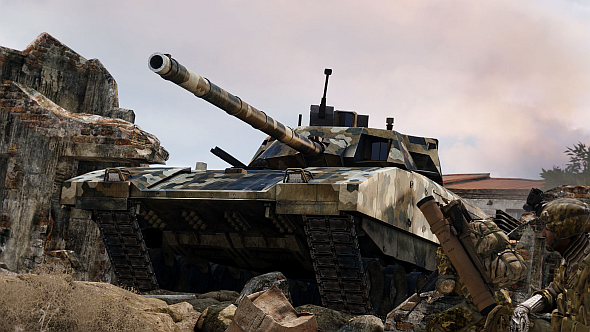 Arma 3 devs Bohemia have announced they’re adding a bunch of new tanks to the hyper-real shooter in a new DLC, due on April 11. It includes three new types of armoured vehicle, a wide range of new weapons, additional armour, and fully customisable camouflage for a range of combat scenarios. The devs discuss it in a new video diary – see above.

For more aiming down sights, check out the best FPS games on PC.

Described by one developer as “the steel monster on steroids”, the Russian T-140 Angara main battle tank stands out as the meanest vehicle of the three. It is fitted with a 125mm cannon as its primary weapon, and not one but twomachineguns. 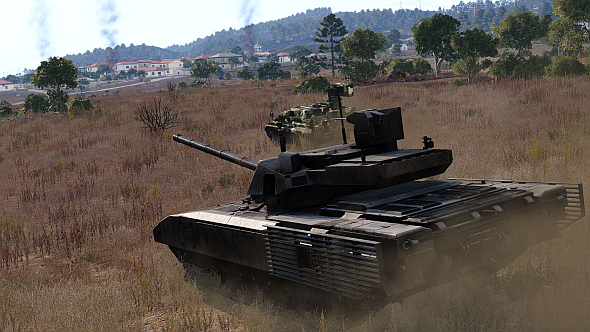 The DLC will also add a standalone single player campaign – ‘Atlis Requiem’. It includes three scenarios, each designed to show off the new weapon improvements and another of the new vehicles, the Rhino MGS UP. Bohemia reckon it will take roughly three hours to complete.

For those that aren’t premium members or don’t want to spend the £8.09 (10% off pre-order on Steam), not to worry. There is a massive platform update (version 1.82) which all Arma 3 owners will receive for free, whether you own the ‘Tanks’ package or not. Based on experience riding in ‘Edita’ – the team’s own real-life T-72 tank – the update will have fully 3D modelled interiors, updated handling, audio, and real-time multi functional displays, all of which add to the immersive (or cramped) feeling of being inside one of these vehicles.

Finally, a new game mode called ‘Vanguard’ will also be added in the update. The game pits three teams against one another in a race to retrieve a package marked on the minimap – once found, all remaining enemies must be eliminated or the package returned to the home base for a team to emerge victorious.

You can check out Bohemia’s announcement here.