If you’ve been following Arma 3 over the past couple years, you know Bohemia Interactive has been injecting some non-shooty material into the franchise. Laws of War, which launched in 2017, shifted gears to focus on humanitarian aid organizations operating in warzones. Now, Arma 3 has added another weird wrinkle: humanity’s first contact with intelligent extraterrestrial life.

Contact is out now, and it adds a brand new campaign centered on a trainee drone operator sent to an exercise in Eastern Europe. Plans change substantially when an alien vessel enters Earth’s atmosphere, and suddenly you’re a member of the vanguard force selected to investigate.

It’s not clear – at least to me, yet – what Arma 3’s Contact DLC expects you to do when it comes to “contacting” the aliens. You do get some new weapons with this pack, which leads me to believe there’s your usual Arma bullet exchange involved. But you also have access to a tracked ground drone equipped with a bendable armature. Hello, aliens. Meet our friend Gary, the robot. No, he doesn’t know anything about a raid on Area 51.

There is a full single-player campaign packed in with Contact, and you can watch the trailer here: 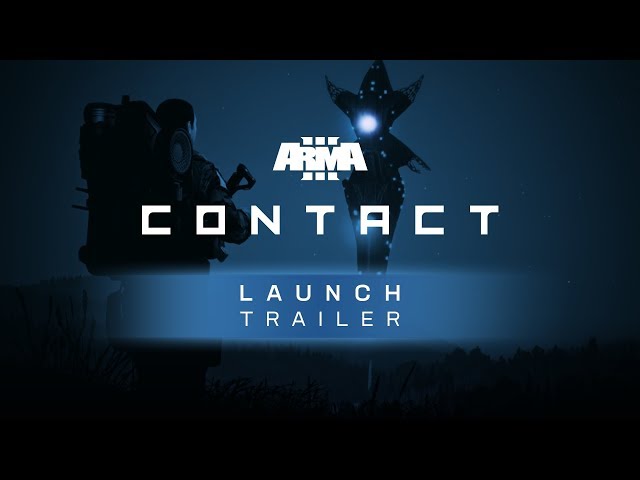 It all feels reminiscent of the 2016 film Arrival, doesn’t it? And that’s fine, because Arrival was terrific. I’m nervous though, because in no first contact movie I can recall off hand do the faceless military guys sent in to pull security make it out okay.

Well, no matter the fate, Contact is out now and you can get it on Steam. Just make sure to keep those hazmat suit gaskets clean.