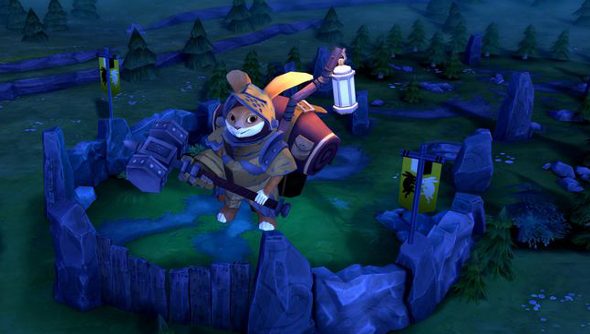 Armello, the digital board game that pits adorable woodland critters against each other, is barely more than a month away. Developer League of Geeks has announced that the Kickstarted game will launch on September 1st.

If you wanted to pick it up before launch, in Early Access, then you’ll still be able to until July 31st. After that, you’ll have to wait until September.

There’s a lot going on in Armello. It’s a hex-based strategy game with deck building and RPG shenanigans, and the cute wee creatures will be getting into all sorts of political and tactical crises.

On top of the four heroes that players have been able to control since Armello’s Early Access launch in January, the release version will also throw in two new characters.

Zosha the Whisper is a stealthy rat who can “outmaneuver her competition, avoiding aggressive heroes while also sneaking up on those who least expect it.” And then there’s Barnaby, a rabbit and tinkerer who sports homemade armour and a lot of adaptability.

If you want to try the new heroes out before launch, you’ll need to get yourself to PAX.