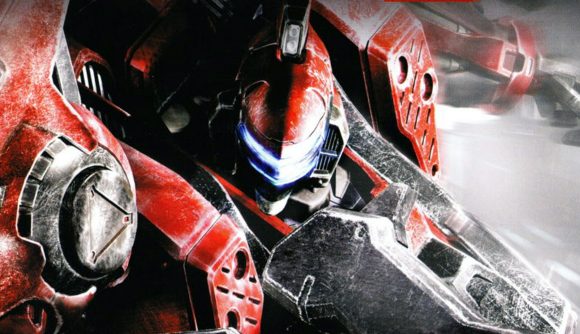 It’s possible that Armored Core 6 may be in development at Dark Souls studio From Software as the developer’s next game after Elden Ring. A new Armored Core game has long been rumoured, but now a survey is apparently going out with plots details – and even game footage.

After years of rumours, teases, and fan excitement, From Software’s next game Elden Ring is finally coming out next month – barring any shocking last-minute delays – so the studio must be hard at work on its next game.  The studio has been responsible for numerous fantastic Souls-like games and many would probably assume Dark Souls 4 or Bloodborne 2 to be its next game, but instead the team could be returning to one of its older franchises.

Back in 2016, we reported that From Software had three games in development. The first two turned out to be Sekiro and Elden Ring, but director Hidetaka Miyazaki said the studio also had a “reboot” in the works – and strongly hinted at a return to Armored Core, From Software’s mech series that predates Demon’s Souls but hasn’t had an installment since 2013.

Now, according to user Red Liquorice on ResetEra, From Software is apparently sending out surveys that seem to be about a new Armored Core game – which include multiple screenshots, plot details, and even two 30-second clips of gameplay footage, although several of these were watermarked so Red Liquorice didn’t want to repost them.

Described as a “third-person shooter mecha action title”, the new Armored Core supposedly features a vast map with “three-dimensional” movement, long and short-range combat, and “strong enemies and fierce battles”. The survey also reminds people that this is a sci-fi world created by Dark Souls’ Hidetaka Miyazaki, so it should feel very different to other recent From Software games.

With Elden Ring set to launch soon and already playing very impressively, a sci-fi game from From Software would be a great change of pace – expect to hear more about Armored Core 6 after it’s out.