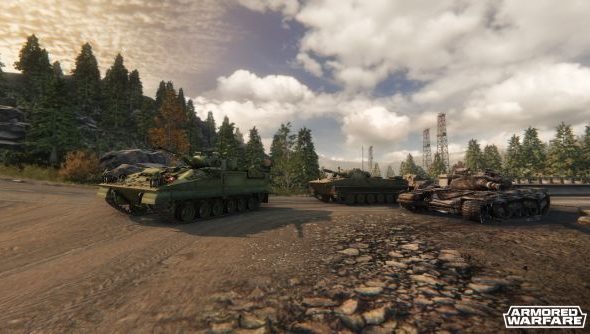 Over the last ten years, Obsidian has become synonymous with ambitious RPGs. In our own list of the 20 best RPGs on PC, Obsidian features three times, with Fallout: New Vegas, Knights of the Old Republic II and South Park: The Stick of Truth. And more recently, the studio has gone back to its classic CRPG roots with Pillars of Eternity, which Jeremy and I enjoyed quite a lot.

So what the heck are they doing developing a free-to-play armoured vehicle shooter, Armored Warfare, for Russian company, My.com? After sitting through a presentation on the game’s cooperative PvE mode, I’m still not certain. 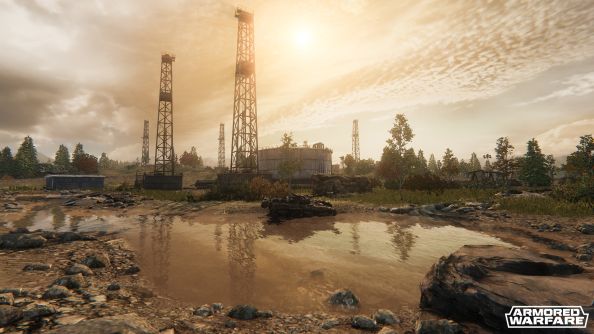 Armored Warfare is obviously a massive shift for Obsidian. As Project Director Rich Taylor explained the ins and outs of the PvE system, I realised I couldn’t hold it in any longer. I had to ask why a developer known for creating detailed worlds and narrative rich games would be making a game that seemed a lot like World of Tanks.

It was clear he’d been asked the question a lot. No doubt he was pretty sick of it. So I got the boilerplate answer: the folks at Obsidian like a lot of different things, including competitive multiplayer games, so they decided to make one.

But what can Obsidian bring to a genre that’s dominated by one game, World of Tanks? Maybe two, now, with War Thunder. Lamentably, it’s not their storytelling skills. The PvE missions will have mission text and bits of flavour, but all the story elements have been pushed into the background. Taylor told me that those who are interested in this stuff can find it, but it’s really not a focus.

“We brought with us our experience with progression systems and complex mechanics,” Taylor said. 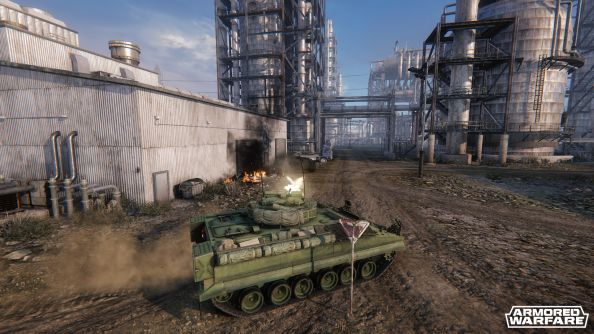 The mechanics of these objectives differ between missions, jumping from defending convoys to hunting down enemies. And the maps, which will rotate weekly, have random elements that switch up enemy spawns and special boss encounters.

Resources gained in these battles can then be spent on establishing relationships with various dealers. These corporations and suppliers will have their own specialities, though Taylor assures me that there will still be variety within each supplier. Investing in these companies opens up new paths for progression, unlocking new guns, vehicles and upgrades. 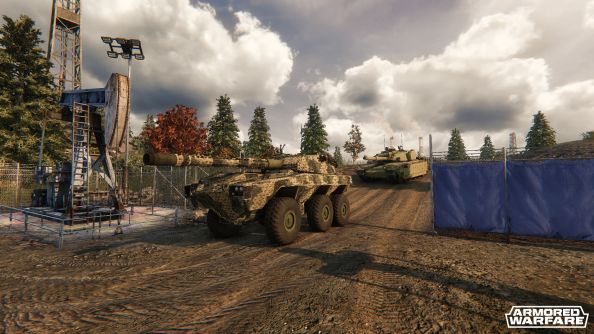 Customisation and upgrade options seem like something that’s been brought from Obsidian’s experience with RPGs, offering big visual and mechanical changes. A tank, for instance, could get cage armour that deflects certain projectiles, and that will actually appear on the chassis of the vehicle.

It’s all tied to reality, though. “Our rule has generally been that if we can’t find a photo reference for it we won’t put it in the game,” said Taylor. This extends to how ammunition and armour functions, as well. And as real-world manufacturers develop new models and upgrades, Obsidian plans on adding them to the game too.

It’s ambitious in terms of the planned support and due to its injection of a PvE system into a genre that’s typically tailored to PvP players. But it’s not exciting. A bit of lore or a screenshot of a fantastical land can capture the imagination in a way that a tank cannot. A tank is just a tank. But that certainly doesn’t mean that it can’t be exciting to actually play, and cooperative tactical combat certainly tickles my fancy.

A closed beta is planned for Q1 next year, so you’ll be able to find out how it all comes together soon enough.