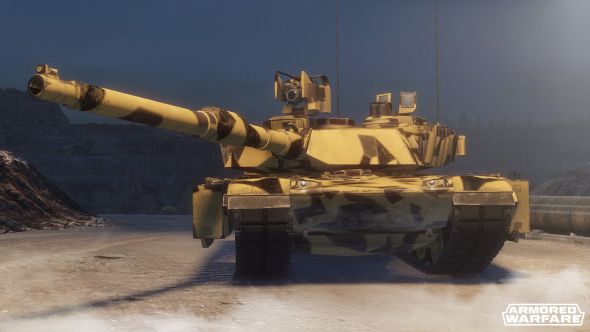 For more no-cost gaming fun, sample something from our list of the best free PC games.

Both My.comand Obsidian have issued statements, with Obsidian saying they “greatly enjoyed working on Amored Warfare and thank everyone at My.com” for their support.

However, a Redditor named Gatortribe claims to have the inside story, and it sounds a lot more fraught than those statements suggest. He says he’s been a design consultant for Armored Warfare “since the beginning of early access” and is spilling the beans because those invested in the game deserve to know what happened (and also that he never actually signed his NDA).

Gatortribe says Obsidian could have stood up for their vision of the game earlier, but he largely absolves them and My.com from blame for the current falling-out. He mainly points the finger at the MailRU Group, the Russian media conglomerate that owns My.com. He says they were only ever interested in “making a ‘World of Tanks clone.’ Yes, it was supposed to be as close to World of Tanks as they could get with modern tanks and without getting their asses sued off by Wargaming. Just look at the ‘Limited Technical Alpha’ they had. It was clear to everyone that it was a World of Tanks clone and the backlash from it convinced MailRU that being basically a Chinese knock-off wasn’t going to cut it. So, they let Obsidian have a little more freedom – not much, it still had to feel like World of Tanks, but it didn’t have to be World of Tanks. This, right here, is where you can say Armored Warfare died. The day MailRU made it clear (privately clear, this was never public knowledge) that they only wanted a cut of the massive amounts of money Wargaming was raking in with World of Tanks.”

Obsidian only got involved in the project because they were struggling – this was before Pillars of Eternity – and their original pitch to MailRU was, according to Gatortribe, “magnificent… what could have been is not at all what we have today. In fact, I’m not even sure if you would have been able to call it a World of Tanks competitor as the games only had tanks in common.”

Gatortibe also says MailRU were disinterested in the North American and European markets and only ever cared about catering to their core Russian audience.

Gatortribe wraps up with mention of massive layoffs at My.com, with the vacancies filled by people from MailRU. “What we have come to know My.com as is no longer My.com, but rather a puppet of MailRU”, he says. He claims MailRU have had a much larger development team than Obsidian were even aware of, and that they’ve been working on console versions of Armored Warfare and may even bring it to Steam.

Nonetheless, he’s pessimistic for the future of the project: “Ultimately, I don’t see the game going anywhere. MailRU is very shortsighted and their world view ends at the CIS region’s borders.”