It’s been a long time since I played the first incarnation of Valve’s MOBA-inspired CCG, but having sunk 40 hours into Artifact back when it launched, I never expected to feel this lost during my first match of the 2.0 beta. There are plenty of obvious differences, like a new campaign, ability changes, new cards, and a simplified board – changes you spot before playing your first card – but there are countless, seemingly minor adjustments that altogether transform the pacing and feel of this card battler.

The three boards and lane system remain, but now all lanes are visible at all times, so you don’t feel like you’re playing three games at once. Before, each board had its own mana reserve, but now they all drink from a common pool. Likewise, all items and hero abilities now cost mana to play, so while you can’t stack all your mana buffs into key lanes anymore, you still need to think very carefully about how you spend mana and buff your shared pool over the course of a match. Almost all health, damage, and armour stats have been significantly reduced as well, so any buffs or synergies are less likely to snowball and create unbeatable monster decks.

Deployment and turn order are simpler in 2.0, with creeps now appearing in predictable spots every round and none of the random aggro arrows that would previously scupper carefully planned strategies. Best of all, you now deploy your heroes manually, choosing the exact slot in each lane, which means no more random first-round flops where you lose the majority of your heroes, or getting blocked by a melee creep. The initial deployment of your first three heroes is a crucial part of the match, and the previous system of both sides playing their heroes blindly led to a lot of unfortunate mismatches that simply didn’t feel fair. Now, players take it in turns deploying their heroes in each lane, starting in mid, then going to offlane, and ending with the safe lane – ‘safe’ because by this point you can react to the opponent’s offlane placement.

Ultimately, there’s a lot more control and readability in Artifact 2.0. You won’t feel like you’ve lost the game because of something you couldn’t help, and that sense of fairness goes both ways, ensuring that any good plays you string together feel deserved.

Valve has been surgical in the changes it's made

Speaking of earning things, perhaps the most important and requested change is that you can no longer buy cards or card packs. Artifact launched with Steam Marketplace integration, allowing players to buy and sell cards with each other, as well the option to buy card packs from an in-game store. With three or four meta heroes emerging rapidly after launch, prices for key cards like Axe nearly reached $20 on the marketplace, which is just shy of the price of the game. 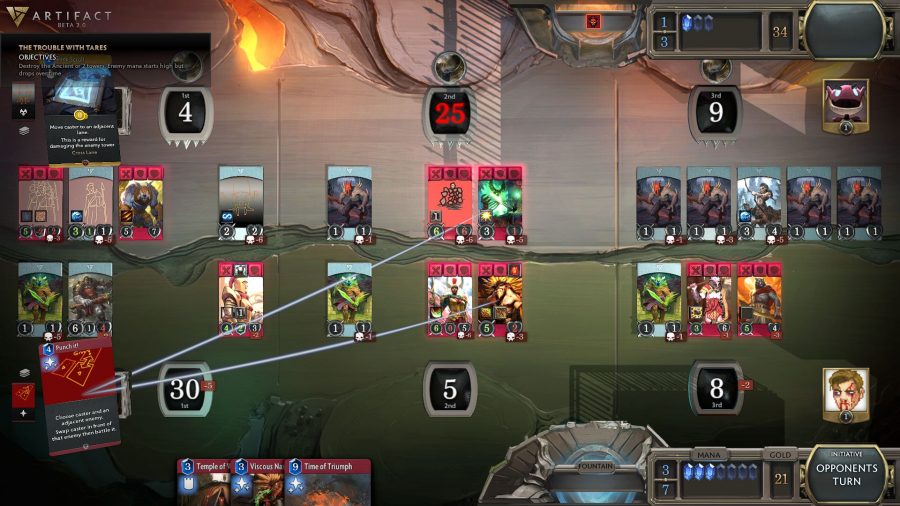 There’s none of that this time around, and while exact details on pricing and what microtransactions are in the game remain hazy, Valve says it will not be selling cards or card packs. Instead, you earn a card pack every time you level up, which happens pretty frequently early on and sets a manageable pace for new players. Each pack hooks you in with the promise of shiny new toys, but not so often that you can’t decide which of your growing collection to play with.

This approachability also extends to the new campaign, which introduces cards one battle at a time. The first couple of missions are easy enough to settle newcomers, but then Valve introduces some modifiers that should get even veterans thinking. For example, in the fourth mission you battle an opponent who has been stockpiling resources – they start with max mana, but with each round a little more trickles away, like an arcane Benjamin Button. To counter this you need to weather the early storm until you have a mana advantage, which in my case means hanging on by a thread for four consecutive rounds, with one of my towers coming only two health points from destruction and, thus, a game loss. 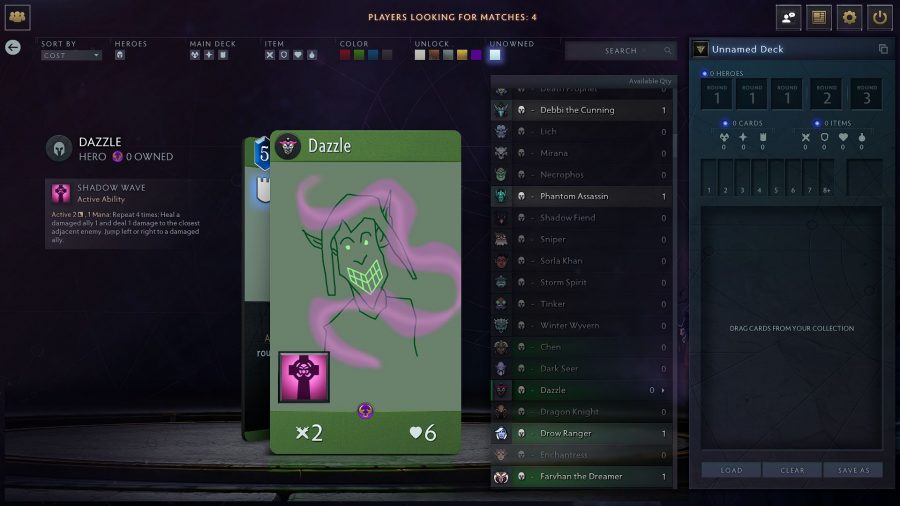 It’s too early to say if there’s an interesting story in there, with some missions composed entirely of placeholder text – this is a beta, after all. Likewise, it’s hard to comment on any of the new card art as they’re all placeholder, MS Paint-style scrawlings (honestly, I quite like them). But as far as the mechanics underpinning Artifact 2.0 are concerned, Valve has been surgical in the changes it’s made.

More like this: Here are the best card games on PC

All of the best cards from the original retain what made them fun and distinct to play with, many of the worse ones have been brought into the fold with genuinely practical abilities, and – judging from the few new cards I got to try – there are still plenty of decks waiting to be explored and experimented with. But it’s the fundamental changes to stats, turn order, deployment, and mana that make the biggest difference. There’s less unpredictability, bloat, and spiralling, and so far that’s made for a more rewarding and satisfying card battler.